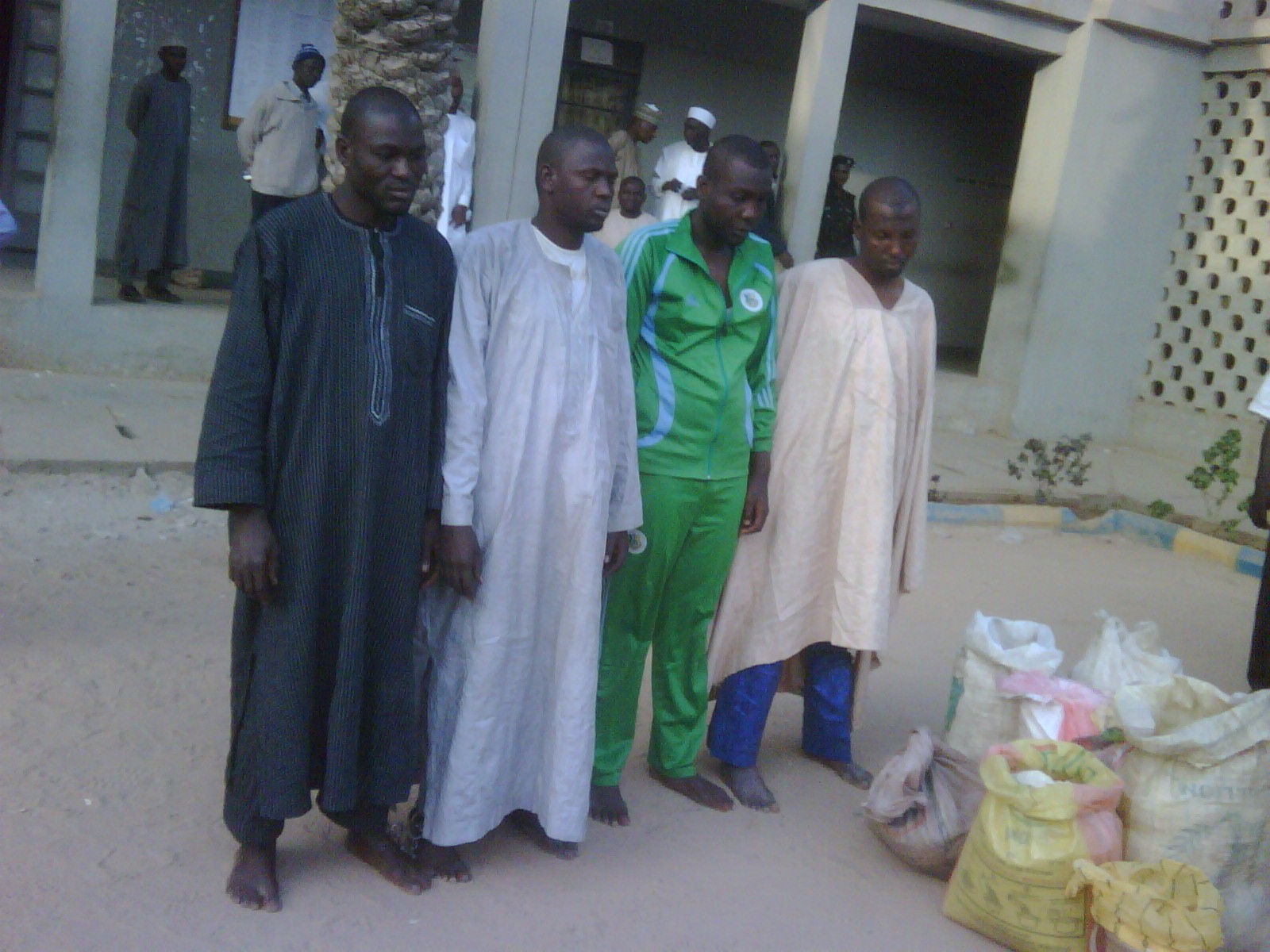 The Nigerian Army in raids carried out between July 12 and 23, said it arrested 42 suspected members of Boko Haram sect in various hideouts in Lagos and Ogun States.

The General Officer Commanding (GOC), 81 Div. Maj.-Gen. Obi Umahi, brought out the suspects before newsmen in Lagos on Monday.

Umahi said their arrest was based on intelligence report from army operation commanders.

Umahi further said the suspects admitted to being members of the sect, while some confessed to have taken part in deadly Boko Haram operations in some parts of the country.

The GOC said some of them were among those responsible for the killing of soldiers and civilians in Maiduguri, Borno.

“We are still trying to track their weapons,” he said

The GOC held that the suspects migrated to the south western part of the country following the recent clamp down on their activities in the north by the Nigerian Armed Forces.

“Army officers from 81 Division carried out coordinated raids in some major criminal hideouts in Lagos and Ogun States which are under our area of responsibility.

“This is in response to intelligence reports on the influx of Boko Haram terrorist elements into Lagos and Ogun states.

“The command organised and conducted raids, in junction with intelligence operatives, in various parts of these states.

However, one of the suspects, who identified himself as Hassan Ibrahim, told newsmen that he and two others were indeed responsible for killing of one soldier in Maiduguri.

The suspect further gave the names of the two others as Ibrahim Ismail and “Alhaji Black”, adding that, some of them were now operating commercial motorcycle in Lagos.

“It was Alhaji Black who fired the shot that killed the soldier and one Boka in Maiduguri,” the suspect said.