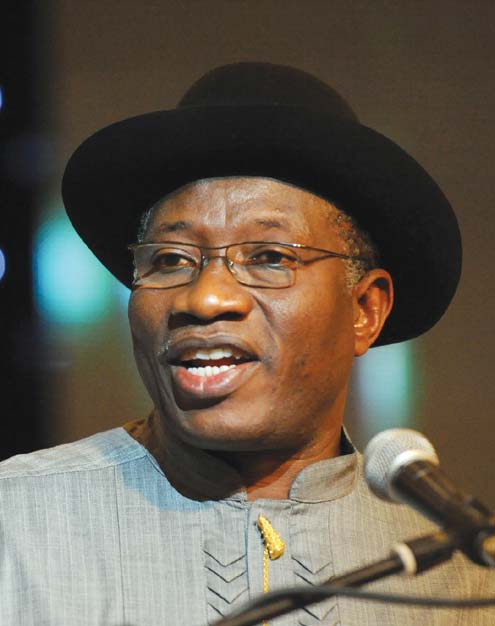 The All Progressives Congress (APC) has asked President Goodluck Jonathan to go to court if he felt libelled by the description of his presidency as a kindergarten presidency by the Interim National Chairman of the APC,
Chief Bisi Akande.

In a statement issued in Accra on Monday by its National Publicity Secretary, Alhaji Lai Mohammed, the party said Chief Akande merely told the truth by his characterization of the Jonathan presidency, adding ”Isn’t truth a defence
to libel?”

It also said there was nothing strange or wrong in criticizing a democratically-elected President, after all he is neither an Imperial President, a Monarchy nor an Emperor.

APC said nothing confirmed Chief Akande’s assertion that Jonathan is running a kindergarten presidency than the crude manner it (presidency) responded to the frank but constructive criticism by the APC National Chairman.

”In the true character of this presidency, its increasingly irreverent and undignified spokesman failed to respond to the issues raised by Chief Akande, and instead chose to haul abuses at a man who is old enough to be his father. Such irresponsible act does no credit to the spokesman or the president he is serving, and Nigerians will definitely not forget such crudity in a hurry.

”In any case, if indeed this President is working tirelessly, we need to ask who he is working for, because Nigerians have yet to feel the impact of his administration. They are also not interested in the fact that the President once served as a deputy governor, governor and Vice President, because the experiences he supposedly garnered from doing so have not impacted positively on his duty as President. That’s not a surprise, considering that the President owes his meteoric rise in politics to luck and destiny. Nothing else!” the party said

It described the presidency as an under-achieving one, always eager to celebrate tokenism, using questionable statistics.

”As the presidency was composing its empty response to the serious issues raised by our highly-respected Chairman, the African Development Bank was saying in its annual report (African Economic Outlook), quoted by the local media on Sunday, that the proportion of people (Nigerians) living below the national poverty line has worsened from 65.5 per cent in 1996 to
69.0 per cent in 2010, most of those years under the PDP and the last four under President Jonathan.

The party described as a figment of the presidency’s imagination the claim of a feud between its leaders, Asiwaju Bola Ahmed Tinubu and Maj.-Gen. Muhammadu Buhari, saying the PDP and the presidency have been peddling lies over a phantom feud because they could not fathom how the leadership of the APC could put national interest above personal considerations.

”Mr. President, don’t let your lick-spittle aides deceive you. There is absolutely no feud between the two leaders. Waiting for such a feud is like ‘Waiting for Godot’.” it said.

In a response to the earlier comment by Chief Bisi Akande, presidential adviser, Reuben Abati shot back:

“The interim national chairman of the APC, Chief Bisi Akande sank to a new low …when he rudely and falsely described President Jonathan as a “kindergarten” leader who treats national issues with levity.
Chief Bisi Akande has every right to embark on a flight of fancy about the APC beating the PDP in the 2015 general elections, but he does no justice to his age and status when he resorts to propagating falsehood, wilfully insulting the President of his country, impugning his integrity and desecrating the very office which his party wishes to take over in 2015 by fair or foul means.

“We urge Chief Akande and his fellow-travellers to remember that there are laws against libel and defamation of character in this country even if there are no legal impediments to indecorous, hypocritical and unpatriotic vituperations.

” It is certainly rude, ill-mannered, uncharitable and hypocritical for Chief Akande to falsely and cavalierly allege that a President who toils tirelessly every day of the week, evolving and implementing workable solutions to Nigeria’s problems, is handling national issues with levity.

” Also, nothing else but gross ignorance and lack of consideration could have led Chief Akande to refer to a President who, having served as deputy governor, governor, vice president and president, has far more experience of governance at the highest level than him and his preferred “candidates”, as a kindergarten leader.

“By his very unguarded and intemperate outburst yesterday, Chief Akande exhibited not only an unbecoming lack of respect for the person and office of the President of his country, but also a complete disregard for the patriotic feelings of the millions of Nigerians who voted for President Jonathan and who continue to appreciate his sincere efforts to positively transform the nation.

“It is very sad and unfortunate that unbridled ambition for the office they constantly impugn and denigrate has blinded Chief Akande and his ilk to the visible accomplishments of the Jonathan Presidency.”