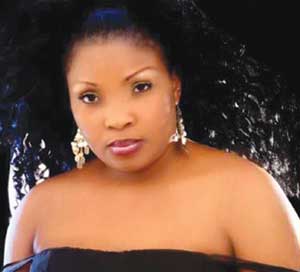 Segun Arinze: I’m Not A Beggar

Star actor, Segun Arinze, has raised an alarm over a Facebook impostor defrauding his unsuspecting friends and other members of the public on the social media network.

The former president of the Actors’ Guild of Nigeria, AGN, has therefore sent a disclaimer informing members of the public on the activity of the impostor, who has been begging his friends for financial assistance.

Segun said he has been off Facebook for over two years now, and that the impostor frequently uploads “pictures of me and my family, which he obviously gets either from online magazines or blogs and then pretends to be me.

“Please DO NOT fall prey to his antics.”

Segun Arinze hinted that the impostor “will beg for money or ask for some favours. You also will find many typo errors, incoherent and inconsistencies as you chat with him.

“So, please friends, this, once again, is a disclaimer! I’m not on Facebook again. Thank you, God bless and good luck to anyone who does any form of transaction or chats with him,” Segun Arinze said.

The film was shot in Florida, using some locations in Tampa Bay and Miami cities.

“Iron Lady will no doubt showcase Laide as an actress who is not only creative but adventurous in her chosen field as a great role interpreter with flair for elegance and professionalism,” Folorunso Hamzat, her publicist said.

Laide’s choice of Florida, Hamzat added stems from the fact that the cities have scenes that will delight the audience.

Kome, the son of Nollywood star actor and Delta State Commissioner for Culture and Tourism, Richard Mofe-Damijo, RMD, has picked 12 and 14 December for his wedding ceremony.

The groom’s father, RMD has been sending text messages to some of his close friends and associates to reserve the dates for him.

“Please save 12 and 14 December in your diary for the union of our son, Kome, and his love Eniola. Please keep them in your prayers and more updates to come later,” RMD’s text message reads.

RMD had two sons before he married Jumobi, a union that has also produced two children.

Actress Henrietta Jide-Kosoko, Femi Brainard and other stars will hit location alongside the cast and crew of Papa Ajasco and Company, for a fresh episode of the comedy series.

Wale Adenuga Jnr, producer of Papa Ajasco, said they will start the production of the new episode from 24 August.

“The new episode we are recording has been meticulously written and planned in order to give viewers the usual top quality entertainment they deserve from us,” Adenuga Jnr. said.