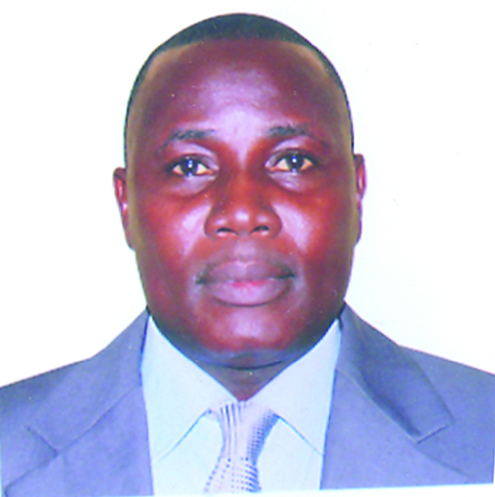 Kenya does not have oil. Tourism is, apart from coffee, its own hydrocarbon. It is quite unfortunate that its good revenue earner is threatened by religious fundamentalism, the new global scourge which has put a lie to Francis Fukuyama’s treatise, The End of History, after the crumbling of communism.

When I visited that country in 2006, there were many things that made lasting impressions on me. The first thing I noticed after leaving the Jomo Kenyatta International Airport, Nairobi, was that, unlike in Nigeria, Kenyans drive on the left. I almost screamed when I thought our vehicle was about to have a head-on collision with an oncoming car. Apart from lodging at The Norfolk Hotel where, apart from the presence of a stuffed elephant as big as a live one, almost everything is built of planks, I experienced travelling on a bad road, leading to the village of former President Daniel arap Moi.

On that terrible thoroughfare, where our safari bus danced rumba from one end to the other, I sighted a signboard, appropriately advertising shock absorbers. On our way to the Nairobi National Park, we came across the Great Rift Valley of East Africa by the left (reminding us of our O’ level Geography). At the park, we saw flamingoes, giraffes, ostriches, buffalos, rhinoceroses, baboons. At the Sheldrick Elephants’ Orphanage where we saw feeding bottles as big as five-litre jerry cans, warthogs (bush pigs), with their teeth growing out of their buccal cavity, walked free among men. One actually moved close to my feet. I shrank! I experienced a fine treatment at the Carnivore, a restaurant in the Langata suburb of Nairobi, where you could be fed with pork, beef, crocodile, ostrich, snail, snake…

So, it was not a mistake when international events are held in Nairobi, like the Storymoja Hay Festival which, for four days, was attended by literary figures across Africa and the world. And, given the attraction of Kenya, a foreign visitor cannot resist the pull of exploring the city and the countrysides for their their flora and fauna, however interesting the seminar or international workshop that one visits the country for. Kofi Awoonor, the Ghanaian poet and novelist, could not either. He went into the city. But tragedy struck. He was among the participants in that conclave of writing, storytelling, and cross fertilisation of ideas among literary kindred spirits. Unfortunately, Awoonor, on 21 September, died when Al-Shabab, the Somali terrorist group, attacked Westgate Shopping Mall in Nairobi.

When this kind of thing happens, it is common for people who did not share in the ideals of the deceased when he was alive to engage in high voltage diction. In fact, politicians of different persuasions will wish to outdo one another in platitudes and photo ops.

However, I believe that the best honour that Ghana and other countries in Africa (since Awoonor was a continental and global citizen) can do to the late literary figure is to re-examine the themes of his writings and apply them to their daily lives.

Formerly known as George Awoonor Williams, Kofi Awoonor was born in Weta in South Eastern Ghana on 13 March 1935. He was educated in Achimola, Legon, Britain and the United States. He had a trail of laurels to his creative efforts: the University of Legon Gurrez Prize, Longman Fellowship, 1967 and Farfield Fellowship, 1968. As an internationally respected lecturer, he, in 1969, visited the University of New York in Stony Brook.  Awoonor who is known less as a novelist than a poet, published Rediscovery And Other Poems which was his first volume of verse. In 1971, he came out with another anthology, Night of My Blood. Two years after, he wrote Ride Me Memory about his experience in the US. His The House By The Sea of 1978 contains his experience immediately before and behind bars. In 1975, when he was head of Department of English at the University of Cape Coast, Awoonor was arrested and detained for, as a writer narrates, “helping a soldier accused of trying to overthrow the military government”. He was, from 1990 to 1994, Ghana’s Permanent Reperesentative to the United Nations.

It can be said, without doubt, that one of Awoonor’s thematic pre-occupations is condemnation of cultural Eurocentricism of Africans. An example is his poem, “We Have Found A New Land,” He writes:

In an interview with Robert Serumaga, published by Dennis Durden and Cosmo Pieterse, in African Writers Talking, Awoonor explained this poem: “The African who is caught up in the world of the white man, with a ballot box, with a new outfit, cloths, with a parliament, with a national anthem… and a song… We either become black Frenchmen or black Englishmen.”

In Awoonor’s novel,This Earth My Brother, Amamu, nephew of a road overseer in Ewe land, is educated abroad and returns to Ghana as a brilliant lawyer. He finds it difficult to adjust to his new environment, having been exposed to conflicting cultural climates. Amamu is worried about the social dislocations, political instability, economic mismanagement and cultural slavery of Ghanaians.

However, his attempt at engaging his peers in intellectual discussion is always met with cold disinterest. His inability to adjust to his environment culminates in mental complications, so that Amamu breaks down and commits suicide.

One can say, without risk of exaggeration, that the experience of Ghana, to a considerable degree, is that of many African countries.

Therefore, since the books that men write live after them, the greatest honour that we can do to the departed Awoonor is to search ourselves as Africans and heed his pieces of advice. To me, this is keeping him alive, another form of immortality.