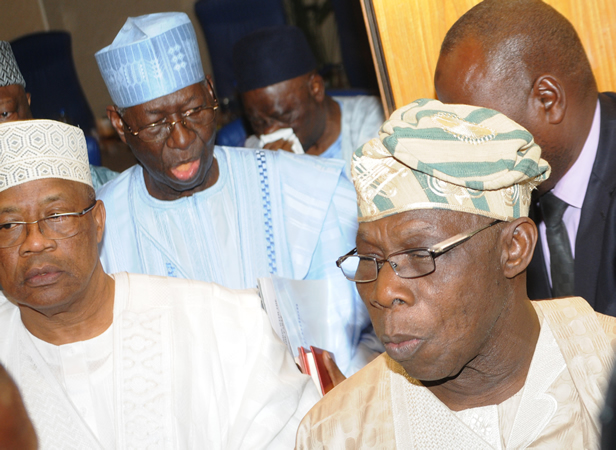 Nigeria’s former President, Olusegun Obasanjo, described the crisis rocking the ruling Peoples Democratic Party as a ‘family dispute’, which will be resolved soon.

According to him, a committee of party elders are making efforts to forge peace.

Obasanjo spoke At a news conference in Abuja after an eight-hour meeting held between the elders and representatives of the two factions of the party.

The PDP, that used to regard itself as Africa’s biggest party found itself split down the middle on 31 August, the day of a special convention. A powerful rebel group stormed out the convention in Abuja to set up a parallel party organ, that it calls the New PDP, with the two factions now engaged in various legal battles to gain legitimacy.

“The crisis brought all of us together to prevent the party from going to the brink, ’’ Obasanjo said. “Five selected elders of the party have taken it upon themselves to prevent the worst from happening to the party.Two of us, Chief Alex Ekwueme and Chief Solomon Lar are abroad, but whatever we do, we carry them along and relay back to them.’’

Obasanjo said the elders had listened to the two factions.

Others present were Senator Danjuma Goje and Chief Barnabas Gemade, who was a former party National Chairman.