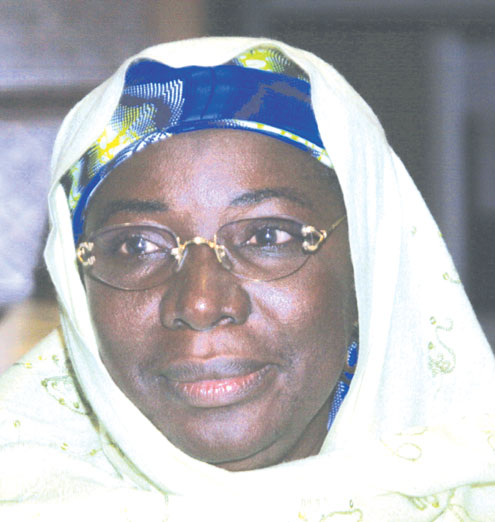 Prof. Ruqayyatu Rufa’i, who was among the nine ministers relieved of their positions by President Goodluck Jonathan in a cabinet reshuffle on Wednesday, says she will be going back to the university to teach.

After handing over the affairs of the education ministry to the Minister of State in the ministry, Chief Nyesom Wike, as directed by the president, she told newsmen that she would be going back to continue with her job as a teacher.

Before her appointment as a minister, Rufa’i was a professor of Curriculum Studies at the Bayero University, Kano.

“I called you here to witness the handing over because as you are all aware my tenure as minister has expired along with eight others.

“I am going back to resume my job as a professor of Curriculum Studies at the Bayero University Kano, that is where I came from on secondment.

“We should know that a time like this will come because if it does not, death is surely an end.”

She expressed gratitude to the President for the opportunity given her to serve as a cabinet minister.

“I have enjoyed a close working relationship with the President.

“Of course, there were times we had our disagreements, but overall we enjoyed working together.”

Rufa’i, who also thanked Wike and other officials of the ministry for the support she enjoyed during her tenure in the ministry, tasked them not to relent in achieving the sector’s goal of Access and Quality.

In his remarks, Wike described Rufa’i’s exit as ”painful” but said that “when we are not in control, there is nothing we can do”.

He said because of the cordial working relations between them, the two had never been summoned by the president to define their roles.

Wike thanked the former minister for her good leadership.

“I therefore implore you, please do not abandon the ministry, continue to give us the advice you would have been giving if you were here,” he said

Also in his remarks, the Permanent Secretary in the ministry, Dr McJohn Nwaobiala, said the change was ”like being hit by a thunderbolt”.

Nwaobiala, who described Rufa’i as totally different, pledged that the ministry would build on the foundation she had laid.