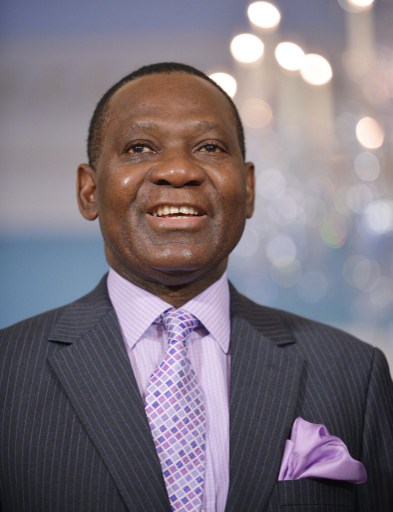 Nigeria’s former Minister of Foreign Affairs, Mr Olugbenga Ashiru, says he is leaving the ministry in “very good hands’’, successors who are determined to put Nigeria first and champion its foreign policy.

Ashiru said this at the handover ceremony to Prof. Viola Onwuliri, the Minister of State for Foreign Affairs, in Abuja on Thursday.

President Goodluck Jonathan effected a major cabinet reshuffle on Wednesday during which Ashiru and eight other ministers were dropped.

In a speech, the former minister recalled how he enjoyed “tremendous support’’ from the two ministers in the ministry as well as from the management staff.

He, however, acknowledged that there were occasions when they experienced “communication gap’’ because of their frequent travels abroad.

“But we normally resolved our differences amicably,’’ the former minister said.

Ashiru, who said he would return to Lagos to continue life as a private citizen, recalled that as a young diplomat nearly four decades ago, his “greatest ambition’’ was to become an ambassador.

He expressed his fulfillment in attaining that position before his retirement in the foreign ministry in 2007, having served as Nigeria’s ambassador to North Korea and South Africa, respectively.

Ashiru listed some of his achievements in office, saying that the emphasis on economic diplomacy resulted in the rise of Nigeria’s Foreign Direct Investment (FDI) to $8 billion in 2012.

He added that during the period, foreign direct remittance from Nigerians abroad also rose to $21 billion.

“As I leave with fond memories, I urge you all to please extend the hand of fellowship and support given to me to my successor.

“Above all, remember that for us in the Ministry of Foreign Affairs, it is Nigeria first,’’ he said.

Earlier, Onwuliri praised the minister for his selfless service to the nation, and expressed the hope that Ashiru would “soon return’’ to serve the country in another capacity.

“We worked harmoniously like a team in the past two years. We shared jokes, we shared love, but not without irritants which can be resolved amicably.

“As politicians, we often faced with sudden changes and transitions into different forms of role playing.

“Indeed, as Shakespeare will say, the world is a stage and all of us actors, having our exit and entries.

“Interestingly, politicians in Nigeria have several entries and exits and I won’t be surprised in your playing another role in the public service in the coming months.

“Because I know that Mr President holds you in high esteem,’’ Onwuliri said.

The ministry’s Permanent Secretary, Dr Martin Uhomoibhi, who also spoke, described Ashiru as one of the five career ambassadors that had returned to the ministry as ministers.

He commended the former minister’s “humility and patience, your application and sense of mission in discharging the president’s mandate are flawless’’.

Uhomoibhi, however, said that change was constant in life, and wished the former minister well in his future endeavour.