Eto'o: I Used To Hate Mourinho 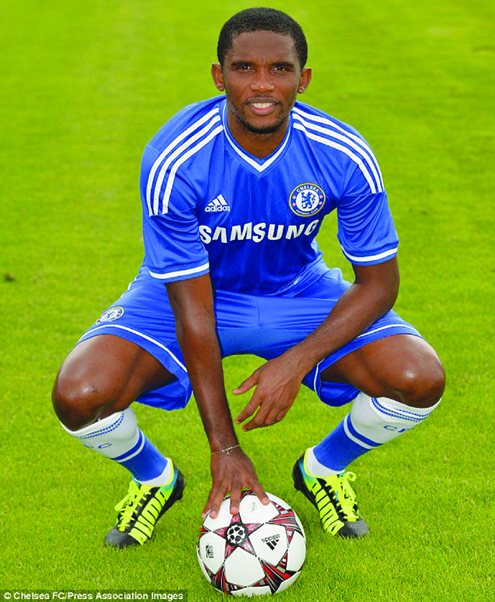 Samuel Eto’o has revealed that he hated Jose Mourinho before working alongside him at Inter Milan.

Mourinho in 2009/2010 inspired Inter to the treble, and did so with Eto’o performing convincingly despite being out of position at the right of a front three and having been recruited as Zlatan Ibrahimovic’s replacement.

It was during their incredibly successful, albeit brief, time together in Italy that Eto’o’s opinion of Mourinho so strongly changed but before then, largely due to the Portuguese’s rivalry with Barcelona when he was last Chelsea’s manager, the striker once said he wouldn’t even consider playing for him.

“Before meeting at Inter, we didn’t know each other personally, so our relationship was tense,” Eto’o told The Sun. “I even said one time that I’d never play for a club where Jose was coach.

“But God knows best. He wanted to show me that I was wrong and today Jose is a friend. Now he’s my coach again.”

The prolific Eto’o arrived at Chelsea for £7million from Anzhi Makhachkala at the end of the transfer window following the club’s failed summer-long pursuit of Wayne Rooney.

There have been times in the Cameroonian’s career that he has been accused of being a problematic influence and it is this that contributed to his 2009 departure from Barca but at Inter, under Mourinho, his commitment was consistently clear.

Eto’o was incidentally strongly linked with Chelsea as the club sought a new striker in 2006, when Adriano was also under consideration, before Andriy Shevchenko was eventually signed for £30m.