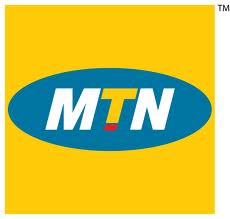 MTN Nigeria has been adjudged as the highest spender on advertisement in the telecommunications sector 2012.

According to a report release by Mediafacts, an annual publication of MediaReach OMD, Nigeria’s most influential media independent agency, MTN topped telecommunications advertisement spending in the Above-The-Line, ATL, advertising in 2012 with N5.09 billion.

According to the report, Etisalat came second in the telecoms advert spending with N4.40 billion while Airtel and Globacom spent N2.99 billion and N2.95 billion in the year under review.

All the four brands topped the list of the top 20 brands in terms of ad spend last year.

The report further noted that telecommunication operators in Nigeria recorded the highest amount of advertising expenditure on their product category in the Above-The-Line, ATL

The telecoms sector advert spending for 2012 was followed by entertainment, leisure and tourism with N4.988billion while lager beer was third in the product category with N4.784 billion.

A further analysis of the trend in the advertising industry during the review year showed that television advertising closed at N49.399 billion as against N46.076 billion in 2011.