The Politics Of Headcounts In Nigeria 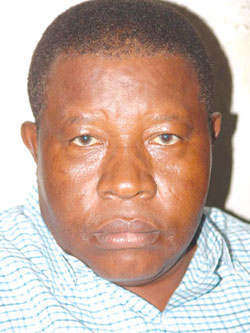 What I have done this week is merely to reproduce, word for word, without any editing whatsoever, a piece I did for The Punch newspapers which appeared on page 37 of its 28 August 2001 edition with the title, ‘That Bluffing From A Section’. It generated some sweet debates and responses. In my view, the recent observations by different groups and editorials, including the National Population Commission, seem to award that my August 2001 piece a new relevance and flourish. I hereby seek your indulgence to reproduce the material as it appeared in The Punch. Please, read on…

Each time I hear it or read about it in any of our tabloids, I feel utterly diminished and irritated by its sheer arrogance. And it comes out quite often from some misguided and misinformed northern political leaders. What am I talking about? I am, of course, referring to the claim, or is it assumption, that the North conceded to power shift (to the South) only in the interest of Nigerian unity. In other words, the repository of political power in Nigeria is the exclusive monopoly of the North and it shifts only when and where the political elite there collectively conspire and agree where it should go. I find this posturing rather patronising. Not too long ago, I managed to postpone my normal bed time to watch on television the proceedings at the Oputa Panel sitting in Abuja. And one of the lawyers representing a respondent asked Comrade Uche Chukwumerije whether it was not good enough that the North agreed to power shift, which has now allowed a Southerner to govern Nigeria. You could see that Uche was visibly angry with that question, particularly the way it was framed. He vehemently disagreed. And rightly so.

But come to think of it, did the Northern political elite really concede power to the South or was it a classical misrepresentation of the facts of history? I really don’t think that what happened in May 1999 amounted to political concession by any part of Nigeria to the other. In the circumstances of the time, the options available to northern political calculators were simple and straightforward: continue to cling on to power with its odd consequences or kill the entity called Nigeria. The way things were going under the late General Sani Abacha pointed in other directions. The driver’s seat had to be vacated for someone else to try his hands. The former drivers were involving us in too many accidents.

And, in any case, the struggle did not come easy. There is this tendency among fickle-minded Nigerians who have no sense of history, to believe that a sustained political struggle cannot change anything in the polity. To this school, political struggles that are devoid of organised armed violence stood no chance of producing results. They easily refer to southern Africa where ANC in South Africa, MPLA in Angola and ZANU in Zimbabwe were able to defeat and humiliate white minority regimes in that region by sheer brute force. Was it not after bombs started going off inside the Stock Exchange in Salisbury (now Harare) and Soweto boys began to challenge well-armed white policemen in their black neighbourhood, that the imperatives of dialogue dawned on the aggressors, they ask?

The scenario in Nigeria was significantly different. The annulment of June 12, 1993 presidential election, after a clear winner had emerged, became the catalyst needed by all democratic forces to go straight to the drawing board. The people of South-west Nigeria became the arrowhead upon which the ensuing political struggle revolved. The strategy, I now believe, was to make Nigeria basically ungovernable for the unpopular regimes of Ernest Shonekan and Sani Abacha. And to a large extent that strategy paid off, for at no time during those regimes did Nigeria enjoy any measure of peace and stability. Believe it or not, the struggle could have continued till date, if the Abacha regime had remained in power. In that circumstance, it could be assumed that the death of Abacha, though unfortunate, was a relief of some sort. His successor, Abdulsalami Abubakar, just needed some months to tidy things up and withdraw the soldiers to the barracks. If he had suggested or even embarked on another transition journey, the struggle for the liberation of the Nigerian people certainly could have been intensified. The people, at that point, were no longer willing to be pacified or intimidated. A fake two-million-man rally in Abuja was to be reciprocated with a genuine five-million-man march in Lagos. If one was organised and funded in and by Abuja with public funds, another would quickly be put together in Lagos or Ibadan with secret and generous donations by patriotic and public-spirited Nigerians. If an organised strike action was boycotted by NUPENG’s northern wing, their counterparts in the south were ready to obey the directives of its national headquarters.

That was indeed, the factual situation on the ground before the democratic exercise of February 1999. And it was a good thing that the two candidates that emerged for the presidential election came from the South-west. No one should envy that zone because, as my people say, if you sow well, you reap well. The zone was in the forefront of the struggle to truly democratise Nigeria. And their style was packaged with, in my view, a deep sense of patriotism, without recourse to violence. The people of the zone were determined and prepared to pay the supreme price. The murder of Bashorun MKO Abiola, the assassination of Kudirat and Pa Alfred Rawane and many others, were examples of heroes and heroines who were determined to change the course of events with their blood, if necessary. Many others were driven into murky exile.

Now, when anyone says that the North conceded power to the south as a gesture of goodwill, and in pursuit of a united Nigeria, please be bold enough to counter the absurd claim. That is not true! The person is merely bluffing. The truth is that the political realities on the ground presented the northern elite with no other options, no alternatives. Two, the democratic forces had managed to convince most Nigerians that military rule had become old-fashioned, obsolete, and therefore should be discarded. Three, the posturing of the political elite in the north had been punctured, and the talakawas were beginning to see some of their so-called leaders as nothing but a self-serving bunch. Four, the Abacha regime, confirmed, if a confirmation was still necessary, that the bankruptcy of ideas within the northern leadership circle was becoming increasingly dangerous to the corporate existence of Nigeria. If the Abacha regime could kill, maim, intimidate and detain prominent and distinguished Nigerians (including the respected former Sultan, Ibrahim Dasuki) then Nigeria had indeed gone to the dogs. And lastly, the annulment of the 1993 presidential election pleasantly opened our eyes to the master-slave relationship that hitherto existed, but which was not to be mentioned in the open for fear of reprisals by those holding the levers of power.

My honest prayer, therefore, is that the emptiness of some of our mindless leaders, on both sides of the divide (North and South), will continue to be exposed. Soon, the national identity card scheme, if handled well and under the prying eyes of international demographers, will reveal that there is no way that the Sahelian zone can ever be more populated than the savannah belt. It is only in Nigeria that such fallacy has been permitted to stay on the table without scientific rebuttal. The truth shall be out one day, and to God we shall give the glory.

Tags:   kanayo esinulo   opinion   political elite   The Politics Of Headcounts In Nigeria   TheNEWS/P.M.NEWS   ‘That Bluffing From A Section"