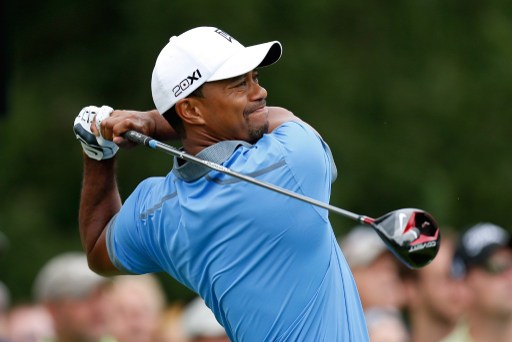 World number one Tiger Woods seeks his third US PGA Tour playoff crown as well as his sixth title of the year when the season-ending Tour Championship opens on Thursday.

Woods, a 14-time major champion chasing the all-time record of 18 won by Jack Nicklaus, has the most playoff points to lead a field of 30 into Atlanta’s East Lake for the championship showdown for a $10 million (7.5 million euros) playoff prize.

Woods, who won the first playoff crown in 2007 by taking the Tour Championship and captured the 2009 playoff title with a tournament runner-up effort that year to Phil Mickelson, is among five players who can claim the playoff prize by simply winning the tournament.

Sweden’s Henrik Stenson, Masters champion Adam Scott of Australia and Americans Zach Johnson and Matt Kuchar can also take the rich playoff prize by winning the tournament, but Woods has the best chance at the playoff payoff should none of the five get the job done over 72 holes.

“I’m in a position just like four other guys in the top five,” Woods said. “We control our destiny and go out there hopefully next week and win it.”

Woods says a tight back he felt last week at the BMW Championship will be gone by the time he tees off Thursday afternoon alongside Stenson.

“All you need to be is top five. You control your destiny. You win the tournament, you win it outright. It’s all about positioning.”

England’s Justin Rose, the reigning US Open champion who plays alongside defending tournament and playoff champion Brandt Snedeker in round one, sees a different mental challenge this week.

“It’s a different kind of pressure playing for $10 million,” Rose said. “It gets in your head more than other tournaments. Other golf tournaments it is more routine. But this week, it’s not routine.”

Even England’s Luke Donald, the next-to-last qualifier, has a hope of taking the top prize if a myriad of other things fall into place correctly, him winning most of all.

“If you don’t make it to Atlanta you don’t have a chance to win,” Donald said. “I still have a chance. I’ve notoriously played pretty well at East Lake. I’ve had chances to win there and I’m excited.”

Johnson, who won the BMW Championship after a rain-delayed finish on Monday, is going to focus on the event rather than the potential pot of playoff gold.

“I’m not going to try to win that $10 million,” he said. “I’m going to try to play good rounds of golf Thursday through Sunday. You’ve just got to win or play well at the right times and I like the momentum I have.

“I’ve got a great opportunity. That’s the way I look at it. I do control my destiny. If I play really good, I can win it.

“East Lake… is a beast and it’s awesome. It’s a classic and a challenge that I think myself and all my peers really get juiced up for.”