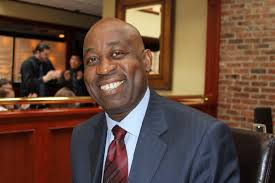 Former Lagos State Commissioner for Information and Strategy, Mr. Dele Alake has refuted reports that he was a victim of an alleged murder attempt by a traditional ruler.

Alake said he has been receiving calls from friends and wellwishers making enquiries about his safety and health.

The papers had published that the traditional ruler of Igbadae,Osun State was remanded in prison for attempted murder of one Mr. Dele Alake.

Urging the newspapers concerned to publish a corrigendum so that the readers can be informed of the truth of the incident, Alake who is currently in the United States, remarked that this is necessary to restore public confidence in the press.

The report in question was about the arraignment of Oba Olanrewaju Olasebikan for the attempted murder of a Dele Alake with a double barrel gun. But in the process, he killed a sheep.

The accused, the traditional head of Igbadae, in Osun state was remanded in prison custody on the order of the Magistrate Court sitting at Ilesa presided over by Magistrate Olalekan Ijiyode.

The prosecuting counsel Mr. Faremi who represented the department of
public prosecution, Ministry of Justice, stated that Oba Igbadae
committed the offence which is contrary to the law and punishable
under section 320 volume 2 of criminal code law of the State of Osun.