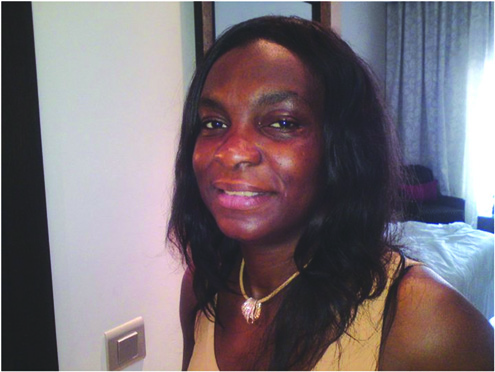 For failing to appear in court on two consecutive dates of adjournment of  her matter, a bench warrant has been issued against a Lagos business woman, Ijeoma Ifudu Ikem, for contempt of court.

She is facing trial for allegedly giving the police in Lagos false information about threat to her life and impersonating a Deputy Inspector General of Police.

The case was instituted against Ifeoma by the police at the Bar-Beach Division, Victoria Island, Lagos, southwest Nigeria.

The Chief Magistrate in charge of Court 4 at the Igbosere Magistrate’s Court, issued the warrant of arrest against her.

The bench warrant, according to court records, was issued by Chief magistrate A.F. O. Botoku on 16 September, 2013, when the matter came up for hearing and the defendant and the surety were not in court and there was no representation.

Following the order, Sergeant Phillip Osijale swung into action and after about a week of manhunt for them, arrested the surety in Surulere area of Lagos.

The surety was taken before the magistrate.

He pledged that he would not jump bail.

“Your honour, the defendant had been sick since August and was granted permission to travel and treat herself by Court 21 presided over by Mrs. L. Y. Balogun who started the matter,” he begged.

But when the magistrate demanded for the copy of the order, counsel to the defendant could not provide any proof.

In her response in the open court, A.F. O. Botoku said: “Listen, counsel, what you are telling this court are lies. Remember you wrote a petition against my colleague who was handling the matter and the case was transferred to Court 4 presided over by me on 4 September, 2013. Neither you, defendant nor the surety came to court and there was no representation, and the matter was adjourned for further hearing till 16 September, 2013.

“And on the adjourned date, none of you came to court before I was forced to issue a bench warrant of arrest against the defendant and the surety for contempt of court.

“Let me also make it clear to you that since the matter was transferred to my court, I have not set my eyes on the defendant and I have not granted her any permission to travel out and treat herself. So what you are telling this court are bundles of lies, I insist.”

Before giving her ruling, the magistrate further said: “You surety, where do you work?”

The surety replied that he works in a bank.

“I would give you a second chance to produce your sister in court and you must write an undertaking and deposit it in court as proof and I would advise you to go and tell your sister that she did not like you, because if she did, she would not allow you to be suffering for what you probably don’t know anything about.”

The surety quickly wrote the undertaking and was allowed to go home and come back to the court on the next adjourned date of the mater, 25 September, 2013, for the harmonization of the undertaking with other parties involved in the matter.

The defendant, Ijeoma Ifudu Ikem, 49, was arrested and arraigned at Court 21 at the Igbosere Magistrate’s Court  presided over by Mrs. L.Y. Balogun by the police at the Bar Beach Police Division, Victoria Island, Lagos in March, 2013.

She was accused of giving the police false information that a woman,  Ibitamuna Iyama and her aunt threatened to send militants to her residence at 25, Atlantic Estate, Victoria Island, Lagos to kill her.

The police also accused her in the two-count charge with suit No. U/9A/2013, of using a man to impersonate a Deputy Inspector General of Police.

She pleaded not guilty to the charge and was admitted to bail.

After P.M.NEWS reported the court proceedings in March this year, Ifeoma instigated another counsel, B. Ayorinde & Co. to write P.M.NEWS in September, requesting for a retraction of the report and claiming that nothing like that transpired in court.

Her lawyers even threatened in their letter to institute a court action against P.M.NEWS, but P.M.NEWS lawyers asked that their letter, which was considered frivolous because the matter was actually in court, contrary to the letter written by Ifeoma’s counsel, be ignored.