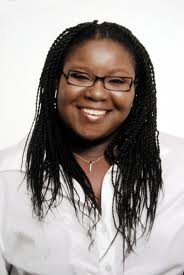 Rivers State Commissioner for Information and Communications,Mrs Ibim Semenitari,has said the dispersal of 13,000 teachers by policemen at the Liberation Stadium in Port-Harcourt, today was clearly an action of retrogressive forces who are totally against development.

“It is the first time any government, whether state or federal is employing 13,000 teachers at once. And I think that people are afraid and worried that the people will actually see that work is going on”, Semenitari said.

She wondered why people want to cut short people’s smiles: “These are people who have been unemployed and Nigeria is crying about unemployment. Education system is in a mess , and a government employs 13,000 teachers, trains them and wants to feed them into the system, and somebody chooses to treat this with levity and to tear gas the teachers and give a very stupid excuse ,saying that the teachers were there to protest against President Jonathan.‘’

Mrs Semenitari wondered the correlation between getting employment letters and protesting against President Jonathan.

“Why do people continually want to drag President Jonathan’s name into everything. Is there something they are telling Rivers people that we don’t know.”

The Commissioner said the action is unacceptable and Rivers people need to fight and ensure that this reign of impunity must stop.

“It is clear that CP Mbu has an agenda to destroy Rivers state and Rivers people have to ensure that does not happen,’’ she said

However, the Rivers State Chapter of the Old Peoples Democratic Party, PDP, says the Wednesday gathering of teaching recruits at the Port Harcourt Liberation Stadium for the purported collection of employment letters was a ploy by the Amaechi led government to use the frustrated youths as protesters on the streets of Port Harcourt against President Goodluck Jonathan.

The party in a statement issued and signed by the Special Adviser on Media to the State Chairman, Jerry Needam said that Gov Chibuike Rotimi Amaechi is cashing in on the misfortune of hundreds of thousands unemployed youths in the state to play politics.

The party claimed that the applicants have long been interviewed, screened and employment letters given for the 13,000 teaching jobs by Gov Amaechi and wonders why the helpless applicants were asked to again gather at the Liberation Stadium, Port Harcourt if not for a sinister motive.

It further claimed that “drawing from intelligence reports available to it, the party maintains that the only reason for the unnecessary gathering of the job hopefuls was to use them as tools to whip up sentiments against President Goodluck Jonathan in sympathy with Gov Amaechi in the feud between them and, or political crisis he is persistently and unrepentantly fueling and which is threatening the prevailing fragile peace in the state”.

The factional PDP said while providing employment to our numerous qualified but unemployed youths whether for teaching in schools or elsewhere is a welcome development,the PDP believes the recruitment could be done without subjecting these applicants to further sufferings and danger by mobilizing them from all across the state to gather at the Liberation Stadium unattended to.

The PDP commended the Police for rising to the challenges of insecurity by dispersing the new teachers.