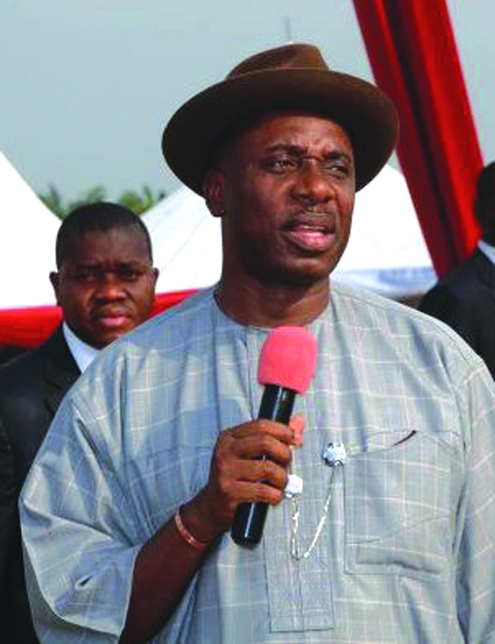 
After repeated crackdown by the Nigeria police on peaceful assembly in Rivers state, Governor Chibuike Rotimi Amaechi and Chairman of the Nigeria Governors’ Forum, has called on Rivers people to join forces with his government to resist the attempt by the Nigeria Police Force to turn Rivers State into a Military State.

According to him: “We must come together as a people to chase away those who want to turn Rivers State into a Military State.

“This state is identified by an elected government and we must identify with a civilian government. We will not allow what is going on to continue, because, we have come to the reality of the fact that election is what brought about this government. Anybody who wants to govern this state must come through election not by military means”, Amaechi said.

“And I say to you as Nigerians, and as Rivers people to confront the attempt by the Nigeria Police to turn Rivers State into a Police State”.

Governor Amaechi noted that Rivers people will sustain the mandate given to him and come together as a people to chase away those who want to turn Rivers State into a Military State.

Amaechi decried the way and manner the Police in Rivers State outrageously attacked the newly employed 13,000 teachers that were invited by the state government to the Liberation Stadium, last week.

“Teachers came here last week and they were attacked by the police. It has to stop”, Amaechi said.

While thanking Nigerians and Rivers people for participating in the National Day Anniversary celebration, Amaechi, however, assured school children of his administration’s commitment to promote quality education, including infrastructural development.

He explained further that his administration believes in ensuring transparent and accountable stewardship that is anchored on integrity and good governance to deliver dividends of democracy to the people.