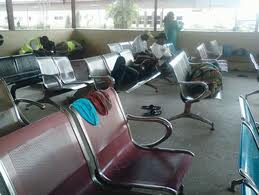 The National Association of Resident Doctors of Nigeria (NARD) has directed its members nationwide to proceed on an indefinite strike from Tuesday.

NARD president, Dr Jibril Abdullahi, gave the directive when he addressed newsmen in Kano and expressed regrets over the untold hardship the decision might cause Nigerians.

“But we call on all well-meaning citizens to prevail on the government of the federation to respond appropriately,” he said.

Abdullahi said NARD was protesting what it described as the poor funding of the residency training of its members.

He said NARD had demanded that the funding gap be improved through supplementary budgets, but that the Federal Government had not responded.

He said, however, that the directive became necessary in view of Federal Government’s failure to meet the union’s demands as contained in its earlier ultimatum.

He said the ultimatum expired at midnight of 30 September.

“The decision to go on an indefinite strike was taken during an extraordinary National Executive Council (NEC) meeting of the association held at the National Hospital in Abuja,” Abdullahi said.

He said the association was in addition giving the Enugu State Government a 21-day ultimatum from Monday 30 September, as required by law.

The NARD president said the ultimatum was for it to commence the implementation of CONMESS for Resident Doctors at the Enugu State University Teaching Hospital (ESUTH).

“Failure to do this shall result in the staged withdrawal of services, first in Enugu State, then the whole of South Eastern Nigeria and finally nationwide,” he said.

Abdullahi said the NARD NEC meeting had also condemned, in strong terms, “the continuous victimisation of its members” at the Federal Medical Centre in Owerri, by its Chief Medical Director.

He said NARD was protesting what it described as the poor funding of the residency training of its members.