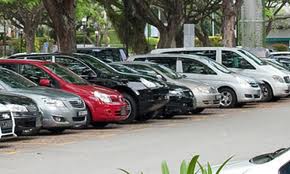 cars at a park

Nigeria’s Federal Executive Council (FEC) on Wednesday approved a new national automotive policy to, among others, end the importation of cars into the country.

The Minister of Trade and Investment, Dr Olusegun Aganga, announced the decision after the council’s meeting chaired by President Goodluck Jonathan at the State House.

Aganga said the policy would encourage local manufacturing of vehicles and enforce a gradual phase out of used cars, popularly known as “Tokunbo ‘’.

He said government’s projection, with strict implementation of the policy, was that a brand new car locally produced would sell for less than N1.5 million.

The minister also said that when the policy was fully implemented, it would create a minimum of 700,000 job opportunities.

Aganga said that car importation took the chunk of the country’s foreign reserves after machinery.

Aganga said that the policy, drawn over the last nine months, had the input of the National Automotive Council and foreign car manufacturers, such as Toyota, Nissan and Honda.

The minister recalled that there was a similar policy in the country in the 1970s during which new Peugeot and Volkswagen cars were produced locally and were affordable for average citizens.

He said the pitfalls in the policy were as a result of non-implementation, the lack of infrastructure, inappropriate tariff regime, among others.

He said government had identified the pitfalls and put forward measures that would guard against the inadequacies and encourage the success of the policy.

He cited countries, such as Brazil, India and South Africa where the policy had worked effectively.

Aganga said that Nigeria and Bangladesh were among the few countries without national automotive policies.

Aganga outlined the highpoints of the new policy to include the establishment of three automotive clusters in three parts of the country.

The three areas are Lagos and Ogun states, Kaduna and Kano states and Anambra and Enugu states.

He said the establishment of the automotive clusters would reduce the cost of investments and production.

Aganga said the policy would also encourage the revival of the petrochemical and metal/steel sectors and tyre manufacturing industries.

He said the Industrial Training Fund was collaborating with Cena, a vehicle manufacturer in Brazil, to open automotive training centres in Nigeria.

Furthermore, Aganga said that appropriate tariff regimes would be put in place to discourage car importation and encourage local manufacturing.

He said banks would also be encouraged to operate vehicle purchase schemes to enable Nigerians to buy cars on easy terms with payment in installments.

Aganga said the Federal Road Safety Corps would kick off a new vehicle car registration/tracking system in the next two weeks to check the smuggling of used cars into the country.

Giving details of the contracts, the Minister of FCT, Malam Bala Mohammed, said N39.8 billion was approved for the rehabilitation and expansion of 6.6km Outer Southern Expressway (OSEX).

The OSEX according to him run from Presidential Villa roundabout to Ring Road 1 junction along Apo District.

He said the road contract, awarded in favour of Messrs CGZ Nigeria Limited included the construction of five interchanges.

The minister explained that on completion, the project would ensure free flow of traffic and significantly reduce travel time in and out of the city.

He said the contract was awarded in favour of Messrs COAN (W.A) Ltd with completion period of 12 months.