May They Not Rest In Peace 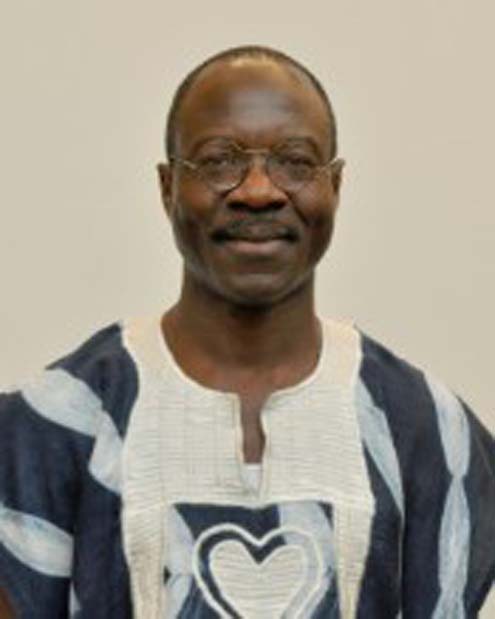 I hope that Adeleke Adeeko won’t mind my citing his recent “Give Them a Dose of Pain!” in PM News, September 16, 2013(and TheNEWS magazine of 30 September 2013), as my inspiration for this article.  In that piece, angered and frustrated by the repeated losses and exasperations foisted on humanity by our Bible-thumping televangelist hustlers and their physical emporia planted on what are supposed to be thoroughfares, forget expressway, Adeeko had invoked the same Bible-derived imprecations that our modern-day zealots love to direct at their enemies, seen and unseen, witches and wizards, and so on, and asked that they be the recipients of unabated evil and suffering.

As my title indicates, this article, too, wishes to invoke imprecations.  The difference, this time, is that I do not take my cue from Christianity or even from that other domesticated religion of alien origins, Islam.  I shall spell out the difference presently.  First, let me outline what set me off on this occasion.

For us Nigerians, wherever we are in the world, cannot be indifferent to news of fresh atrocities committed by that band of Muslim fanatics, Boko Haram.  Simultaneously, it is difficult to deny that the routinisation of death and mayhem in Nigerian life makes it extremely difficult for one not to become blasé about yet another Boko Haram massacre.  It is one orientation one must stoutly resist.  First, it was the attack on high school students with at least 40 young lives prematurely ended that grabbed the headlines.  Then came the massacre of 95 at the School of Agriculture in a night raid.  While I grieved, I was also mindful of the Nigerian government’s basic inability to secure the lives of its citizens, even in their poverty.

The carnage at the Westgate Mall in Nairobi was particularly devastating for me.  Its singularity—compared to the routinisation I just alluded to—on one hand, and the that-could-have-been-me characteristic of its many victims, on the other, make it particularly harrowing.  That it claimed the life, too, of one of the world’s top poets, scholars and statesmen, Kofi Awoonor, who was in Nairobi for another celebration of the life of the mind supplied an added personal dimension; magnified by the fact that many of us, denizens of the life of the mind, could well have been any of those victims.

I was still reeling from that when news broke that more than 300 African migrants headed for Lampedusa were missing and feared dead when their barely seaworthy vessel capsized in the treacherous water of the Mediterranean.  Again, this is not an isolated incident but its frequency should not render us impervious to the tragedy that it represents.  And the numbers are simply chilling.

Then came the news of the crash in Lagos shortly after take-off of a plane that was carrying the remains of the former governor of Ondo State to Akure for burial in his hometown.  It got personal when it was confirmed that one of the casualties was Deji Falae, the Ondo State Commissioner for Tourism.  He was one of the principal hosts for a conference we recently held in Akure to commemorate D.O. Fagunwa who, I hope, needs no introduction.  That the late Deji Falae was present for the entire duration of the conference, not out of a sense of duty, but as one deeply interested in the life of the mind that was being marked endeared him to all of us and that first impression—it was my only time ever meeting him—is one that will now remain with me.  The Yorùbá are right: Igi tó tó kìí pé nígbó.

Needless to say, as I wrote to my friends in Kenya during the massacre, it is my hope that all who are affected by the losses that I have been recounting are comforted and that their memories shall remain evergreen in the hearts of those they left behind.

Notice that I have not prayed that their souls should rest in peace.  The idea that departed souls should rest in peace and our repeated, almost mindless, invocation of that prayer is a part of received wisdom derived from Christianity and Islam.  The idea that “the labourer’s task is o’er” and she has earned eternal repose flows from the theology that sees our earthly existence in a negative light and death, any death, however procured, is to be viewed as a welcome release into the eternal peace of in the Lord’s or Allah’s domain.

The recent deaths have forced me to take another look at this comforting wish.  All of them are needless, yes, needless deaths.  It may be easier to persuade people of the needlessness of the deaths caused by religious zealotry and political brigandage.  But the same is not true of the deaths in the Mediterranean or the untimely death of the able commissioner and other casualties of the plane crash.  Certainly, some might argue that the migrants took the risk that they did and it is too bad that it ended badly.  After all, life gives no guarantees to anyone.  And, for the victims of the plane crash, accidents are a fact of life.  Unfortunate though it is, we cannot put them on the same pedestal as those cut down just for being at the wrong place at the wrong time.

This is where the wisdom of Òrìsà, Yorùbá religion properly understood, becomes compelling and incredibly insightful.  In Yorùbá metaphysics there is a distinction between good death and bad death.  We cannot go into any detailed explication of this distinction here.  One key difference should suffice: a good death is celebrated, worthy of emulation, and is what all desire to be privileged to undergo when their time comes to exit the world.  A bad death, on the other hand, is dreaded, to be shunned, and those who exit by it barely rate a mention in subsequent remembrances.

But this is what is most significant about this view of death native to Yorùbá religion: the departed are not supposed to nor are they expected to enter into eternal repose, however their death may have come about.  The dear departed who exit through good death are asked to make a return to their families and even if they do not return, they are tasked never to sleep in the world beyond.  Rather they are charged to keep looking back at and out for those they have left behind to ensure that no evil befalls the latter and that their lives do prosper.  Nowhere is there any suggestion that they work of the departed on earth is concluded by their passing or that their passing in the best of circumstances is a ticket to eternal peace.

Those who exit by way of bad death are even more put upon after their deaths.  If their bad death had been caused by their own acts of commission or omission, they are banished from the memory of their survivors and every effort is made to knock their GPS out of order to ensure that their spirits do not, repeat, do not, find their way back to their families.  But if there is reason to believe that the death is needless, that it has been brought about by malevolent forces or by the hands some enemy or ill-wisher, the charge to the departed is more drastic and stark.  Their task is spelt out: “do not rest until you have avenged your death,” seems to be the charge to the dead.  On occasion, the burial is delayed in order to perform some rituals designed to fortify the corpse to execute the revenge mission on those who may have had a hand in her death.  The remains are interred only after this mission is accomplished.

One does not have to subscribe to the beliefs just iterated.  What they tell us, and this is why they are important, is that we have here a different attitude to death and its aftermath.  I am saying that there is something to be said for re-engaging a piece of indigenous wisdom derived from Yorùbá religion and metaphysics.  On that score, it is out of place to ask that the victims of the bad deaths we have been considering rest in peace.  Quite the contrary, our demand\prayer, if it be that, should be: May they not rest in peace!

It may indeed be the case that the quietude that has been urged on our dear but needlessly departed in the aftermath of their demise is the worst legacy of our embrace of Christianity and Islam.  What if, instead of resting in peace, the ghosts of all the slaves who were tossed into the Atlantic Ocean during the Middle Passage were to continue to haunt the descendants of all humans involved in the perpetration of and profit from that crime against humanity?  What if our leaders were haunted by the angry spirits of all our children who died needlessly in infancy for want of appropriate and accessible medical care and adequate nutrition?  Or those of victims of fake drugs?  Poorly maintained road networks?  Importation and distribution of fake automobile parts?  Of badly maintained airlines and dubious owners and operators?  Of incompetent and corrupt government regulators whose lapses in their oversight functions lead to aircraft that are disguised flying coffins?  Or governments that run their countries into the ground and make attractive, if not inevitable, for their young to brave the desert of the seas for better prospects anywhere but the lands of their births?

It is time that we have our collective peace profoundly disturbed by those we have dispatched to early and needless deaths by our lack of heed.  May the souls of the departed not rest in peace; may we not find peace from their torment.

Tags:   Adeleke Adeeko   Boko Haram   Give Them a Dose of Pain   Nairobi   Òrìsà