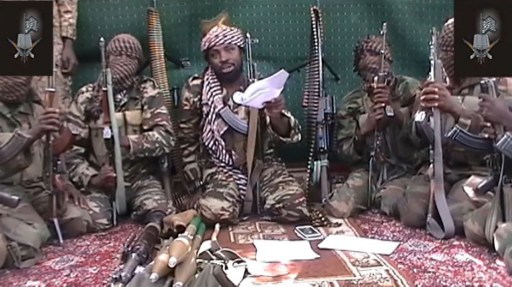 A vicious would-be suicide bomber is heading for Nigeria’s vast metropolis of Lagos and only a down-on-her-luck prostitute can stop a horrific attack.

This ominous fiction forms part of “Boko Haram”, a new film by Ghanaian-Nigeria director Pascal Amanfo, which has been banned by censors in Ghana and shunned by cinema owners in Nigeria.

A movie inspired by the very real and brutal Islamist group active in Nigeria was potentially so inflammatory that it was released in the country with the title “Nation Under Siege” to avoid a backlash.

“Boko Haram”, loosely translated, means “Western education is forbidden” and the group has said it is fighting to impose a strict Islamic state in mainly Muslim northern Nigeria.

Amanfo admits his film raises uncomfortable questions about the Boko Haram conflict, which has left thousands dead in northern Nigeria since 2009 — including the 40 students massacred in their sleep at the Yobe State College of Agriculture on September 29.

“I want to provoke people to see these things,” he said.

But he was not expecting to see it banned.

For weeks after its March release, the film made brisk sales in Accra, where DVDs are sold on the street from shipping container store fronts or off makeshift wooden shelves for a couple of dollars.

But when the Ghanaian film control board found out about “Boko Haram”, it ordered all the promotional posters torn down, saying the film was released without authorisation, while police swooped down on vendors at a busy bus station in the capital and confiscated the copies they were selling.

“We would not allow a film with the title ‘Boko Haram’ to be released in Ghana,” said Ken Addy of the Ghana Cinematographic Exhibition Board of Control. “We realised this was a film we had to be careful about so as not to antagonise a neighbouring country.”

Some scenes depict defenceless villagers being gunned down and children murdered by jihadist gunmen, evoking the style of attack Boko Haram has used during its uprising.

Some aspects of the plot are inspired by popular but unsubstantiated conspiracy theories, including claims that senior Nigerian politicians are behind the bloodshed.

In one contentious incident in the film, an extremist discusses a safe house in Lagos financed by a lawmaker sympathetic to Boko Haram.

Nigeria’s President Goodluck Jonathan said last year he believed Boko Haram backers were in his government, but later distanced himself from that remark. No politician or official has ever been concretely tied to the insurgency.

The Ghana film board chief Addy declined to comment on its content beyond saying that “Boko Haram” would not get approval for sale in Ghana without a name change and the removal of certain gruesome scenes.

Telling the stories of our society

Mustapha Adams, head of Ghana’s Film Distributors Association, speculated that some were concerned the film sought to arouse sympathy for Boko Haram, or even that finance had potentially been raised among supporters of the extremist group.

“There were a lot of questions,” he told AFP.

For Adams, the paramount issue is ensuring that Ghana and Nigeria, which are both trying to develop their cultural sectors, do not crack down on free artistic expression.

He described the response to “Boko Haram” by Ghanaian officials as an overreaction, saying: “What is there to hide?”


In Nigeria, the film was released on DVD but Amanfo said many cinema owners recoiled when approached about screening the movie, which cost roughly $18,000 to make.

One theatre manager in the capital Abuja said he could not imagine showing it in the city where Boko Haram blew up a United Nations building in 2011, killing at least 25 people.

Nollywood, as Nigeria’s film industry is known, is the third largest in the world, churning out hundreds of typically low-budget films each year, sometimes involving witchcraft or divine intervention with a little sexual promiscuity thrown in.

Ghana’s much smaller industry (“Ghollywood”) generally mimics the Nollywood formula, which has generated films with massive popularity across Africa, even if their reach outside the continent has been limited.

But some of the region’s directors have been trying to change both style and themes, seeking to explore contemporary issues like Islamic extremism or political corruption while moving away from traditional tales driven by magic and mysticism.

“Boko Haram” — in which a radical Islamist bomber has a life-altering conversation with a commercial sex worker — may not be a study in gritty realism.

But Amanfo said the reaction has been frustrating because he believed his film was targeted simply for trying to achieve a filmmaker’s core mission: to probe current and relevant issues.

“If we can’t tell the stories of our society then we have failed as artists.”