With career in decline, Federer breaks up with coach 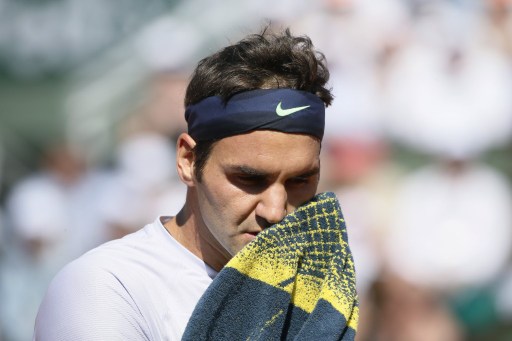 Tennis super star, Roger Federer split with coach Paul Annacone on Saturday as the 17-time Grand Slam title winner attempted to pull his career out of its worrying tailspin.

Former world number one Federer, now at seven in the rankings, revealed that he was calling time on his relationship with Annacone, who guided Pete Sampras during the American’s glory years.

“After a terrific three and a half years working together, Paul and I have decided to move on to the next chapter in our professional lives,” Federer wrote on www.rogerfederer.com.

“When we started together we had a vision of a three-year plan to win another Grand Slam title and get back to the number one ranking.

“Along with many other goals and great memories, these two main goals were achieved.

“After numerous conversations culminating at the end of our most recent training block, we felt like this was the best time and path for both of us.

“Paul remains a dear friend, and we both look forward to continuing our friendship. I want to thank Paul for his help and the value he has added to me and my team.”

Annacone started working with Federer in August, 2010, and the American took the Swiss star to a seventh Wimbledon title in 2012, his most recent major title.

Federer’s announcement comes just two days after he lost in the third round at the Shanghai Masters to Gael Monfils.

That was his first tournament since losing in the fourth round of the US Open.

Earlier this year, Federer saw his incredible record of 36 consecutive Grand Slam quarter-finals ended abruptly in the second round at Wimbledon where he was beaten by Sergiy Stakhovsky, who was 116 in the world at the time.

Federer, who has carried a back injury for most of the year, has won just one title in 2013 and is in danger of missing out on next month’s eight-man, end-of-season World Tour Finals, which he has won a record six times.

But the man who has spent a record total of 302 weeks at world number one insisted in Shanghai that he could turn his career around.

“My mindset now is, OK, next year is going to be a great year again where I’m not going to have that many points to defend, especially at some very key moments where I consider myself a favourite,” he said.

“For that reason I’m really looking forward to 2014 already.”