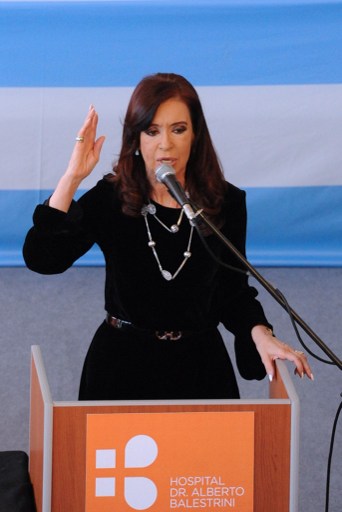 Argentina’s President Cristina Kirchner was ordered discharged from a Buenos Aires hospital Sunday, five days after undergoing surgery to remove a blood clot on her brain.

A medical report said Kirchner, 60, was instructed to observe “strict rest for 30 days” and told to avoid air travel until further notice.

“Due to the favorable post-operative evolution of the president, it has been decided to discharge her today,” the report said.

Presidential spokesman Alfredo Scoccimarro told reporters Kirchner would be leaving the hospital “in a few minutes.”

She was to spend her convalescence at Los Olivos, the presidential residence on the outskirts of Buenos Aires.

Doctors at the Fundacion Favaloro university hospital operated on Kirchner Tuesday to extract the clot after she was diagnosed with a “chronic subdural hematoma.”

The hematoma, which was recently detected, was from a blow to the head suffered in a fall in mid August.

The medical setback comes as the country heads into mid-term legislative elections October 27 expected to set the tone for Kirchner’s final two years in office.