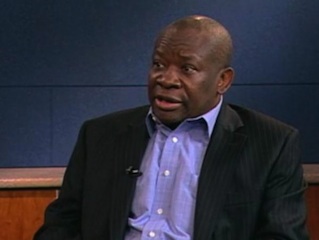 The Nigerian Police Command in southern state of Bayelsa has confirmed the kidnap of Mrs Augusta Douglas-Ayam, the elder sister to Mr Oronto Douglas, the Special Adviser to the President on Research, Documentation and Strategy.

Douglas-Ayam was kidnapped at about 8 p.m. on Monday night in Ogbia town by unidentified gunmen.

The Commissioner of Police, Mr Hilary Opara, who confirmed the incident to newsmen on Tuesday in Yenagoa, said he had just returned to the state capital after visiting the scene of the kidnap at Ogbia town.


Opara said that no arreast had been made but that the Marine Police had been deployed to the creeks to effect the rescue of the victim.

When contacted, the spokesman for state’s Police Command, Mr Alex Akhigbe (DSP) told NAN on phone that officers from Anti-Kidnapping Squad had been deployed to go after the kidnappers.

“We are after the kidnappers and very soon, they will be apprehended and the woman rescued,’’ he assured.

Meanwhile, Mr Gift Douglas, a younger brother to the President’s aide who lives in Abuja, told NAN on phone that he received information about the kidnap of his sister on phone on Monday night.

“I got the information this night that our elder sister has been kidnapped by gunmen who went to her shop at about 8 p.m. and shot into the air before taking her away through the creeks.”.

He said that the incident had thrown the entire family into sadness.

Meanwhile, the Bayelsa Government has expressed shock and disbelief over the incident.

The Commissioner for Information and Orientation, Mr. Markson Fefegha said that the report of the kidnap came as a shock but that the state government remained resolute in its determination to stamp out criminal activities in the state.

“It is sad and embarrassing that it happened at a time the present administration is recording great successes in the area of sustaining the existing peace.

“The state government is, however, optimistic that the security agencies will go after the kidnappers and swiftly rescue her,” Fefegha said. (NAN)