'Nobody Can Stop Me From Becoming Lagos Governor' 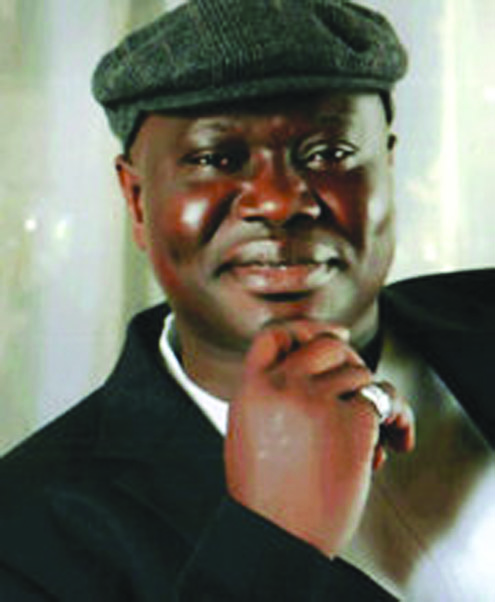 Though he is still waiting on God to decide his next political moves, Speaker of the Lagos State House of Assembly, western Nigeria, Adeyemi Ikuforiji, has declared that nobody can stop him from attaining victory should he finally decide the position he wants to run for in 2015.

There are speculations that Ikuforiji is eyeing the governorship seat on the platform of the All Progressives Congress, APC, in the forthcoming elections in the state.

Asked what preparations he had made for 2015, the Speaker, who spoke during the Sallah celebration, told journalists: “I have said it time and time again. Look, when I left the United States to come and contest in Nigeria, the number one thing on my agenda was to get to be the Speaker of the Lagos State House of Assembly.

“And after winning the election on 3 May, 2003, from 4 May and through the month of May, I ran a campaign that had never been so for the position of the Speaker of the House. But interestingly, I am the one who eventually, at the meeting before the first sitting of the House, raised the hand of the man who became the Speaker, because I saw clearly that God, probably, had not really designed me to be Speaker on June 2nd, 2003. But when it pleased God, I became Speaker on the second half of that time.

“”The honest truth is that deep inside me, I feel grateful to God that I was not Speaker at that time until when He chose me, because since 2005, I have been Speaker, which is a feat that has not been achieved by anyone in this state. You will also agree with me concerning what God has done for Lagos State through me as far as legislature is concerned, has no parallel.

Ikuforiji, who also assessed the state of the country, said God had been faithful to the country but that the country’s wealth was concentrated in the hands of a few resulting in poor leadership

“When people have headache now, they rather prefer to go to South Africa or India. We must ask ourselves what we want for this nation,” he declared, adding that everybody in the country is guilty of the country’s problems.

The Speaker also joined many other Nigerians in condemning the proposed national dialogue announced by President Goodluck Jonathan, expressing suspicion that the President had ulterior motives.

He wondered why President Jonathan suddenly decided on the national dialogue after he earlier declared publicly that he was not in support of it and just 14 months to the general elections.

He urged Nigerians not to trust the proposed dialogue as it was aimed at benefitting the President, not the people.

He also rejected the stand by former National Democratic Coalition, NADECO, stalwart, Pa Ayo Adebanjo, that the 2015 general elections could be postponed for the national conference.

Ikuforiji, who declared that Pa Adebanjo’s stand was unconstitutional, said: “there should be no delay in the general elections. You want to elongate the tenure of the present administration? You can’t do that. On 29 May, 2015, we must have a new administration in Abuja and those states which their governors came in same day. So you cannot elongate the tenure of any government through any means,

“Why is the Presidency coming up with a national conference when we are barely 14 months to a general election? To have a conference to decide even on the future of a local government, it takes months to organise to get a meaningful result from such a conference.

“How do you bring the different groups together? Under fourteen months to a general election, when will the campaign for general election start? How many weeks are we going to spend campaigning?

“When are we starting this national conference? When are we ending it? And the solutions, when will the President start implementing them?”