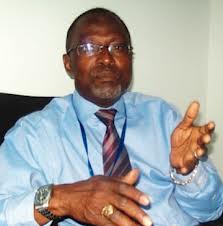 Captain Fola Akinkuotu: a change in the story line

The spokesperson for the minister, Joe Obi, had earlier said in an interview that the cars were purchased for the minister of aviation because her life was in danger having stepped on toes while she ‘transformed’ Nigeria’s troubled aviation industry.

However, according to the new version, the cars were not purchased for the minister of aviation. Rather they were procured for special assignments and to protect foreign dignitaries whenever they visit the NCAA.

The Director General of the NCAA, Captain Fola Akinkuotu, who addressed journalists in Abuja on Friday, said the cars are operational vehicles used in the varied operations of the NCAA.

He said transporting the minister and aviation-related foreign dignitaries is part of this operation.

“It is internationally customary to convey our minister and these visiting foreign dignitaries in security vehicles whenever they are in Nigeria,” Akinkuotu said in a long but contradictory explanation.

He said during such visits, the security of members of the delegations is the sole responsibility of the host country.

“The vehicles are therefore in the pool of the NCAA for these special assignments and are available at NCAA office and can be shown to you,” he told journalists.

Akinkuotu said it was not the first time the agency had procured high security vehicles for similar purposes.

“In any case, all necessary procurement and due process was followed,” he said.

He blasted the Nigerian media and said he was shocked to note that online media platforms whom he called paparazzi are now the sources of information for some mainstream media.

“We assure you that the NCAA is available and will continue to be available to give clarification and further information whenever required,” he said.

Akinkuotu did not address the issue of over-pricing. While the NCAA paid N128m per car, reports said a similar car can be gotten in Europe for less than N25m.