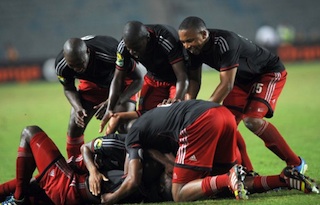 The Soweto side qualified to meet Al-Ahly of Egypt or Coton Sport of Cameroon on the away-goal rule after the first leg of the semi-final finished 0-0 two weeks ago. 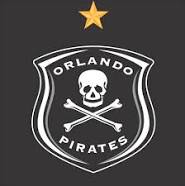 Esperance reached the last three finals, winning one, and were favoured to triumph at home against 1995 champions Pirates.

The visitors were first to threaten with Happy Jele heading into the side netting off a free-kick on 12 minutes at Stade Olympique on the outskirts of Tunis.

Karim Aouadhi was being ambitious when he aimed at goal from well outside the box a minute later, but should have done better than blaze over.

The first clearcut came after 18 minutes when Pirates launched a swift counter-attack after surviving a flimsy penalty appeal for hand-ball.

Tlou Segolela found himself with only Moez Ben Cherifia to beat, but instead of shooting or trying to round the goalkeeper, made a woeful pass that was quickly cleared.

Combative and well organised, Pirates were holding their own, but had a couple of lucky escapes as the match passed the half hour.

Goalkeeper Senzo Meyiwa misjudged a long-range attempt from Houcine Ragued and was lucky to see the ball bounced off him and over via the crossbar.

Meyiwa then failed to hold a close-range free-kick from Youcef Belaili, but recovered swiftly to grasp the ball as Harrison Afful rushed in.

Daine Klate should have done better with a free-kick than fire over and Segolela was guilty of wild finishing as he cut in from the right and shot at goal.

Cherifia is ranked among the top African goalkeepers, and demonstrated why three minutes into the second half with a reflex block of a point-blank Klate header.

Given the wastefulness of the South African attackers, it was not surprising that defender Mahamutsa broke the deadlock on 52 minutes.

He was left unmarked at the near post as Segolela took a corner and his angled header proved too high and powerful for Cherifia.

However, Pirates held the lead for only three minutes before Belaili made a low cross that substitute Msakni swept into the net.

An end-to-end struggle was delivering plenty of goalmouth excitement and Jele should have regained the lead, but his close-range header rebounded off the post.

It seemed Pirates had to score when Esperance were outnumbered three to one inside their half, but greedy Thabo Matlaba did not pass and Sameh Derbali cleared for a corner.