Showbiz luminaries were at their best as the second edition of Nollywood Movie Award was held at the newly-opened Intercontinental Hotel, Victoria Island, Lagos recently. During the award night, celebrated actress, Rita Dominic stole the show as she won the hugely coveted Best Actress award for her role in The Meeting. 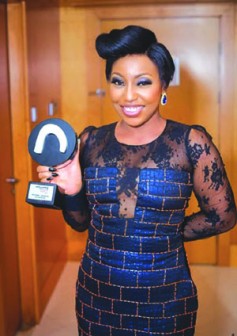 Rita beat stiff competition from other tested thespians like Mercy Johnson, Uche Jombo, Bimbo Akintola, Funke Akindele and Nse Ikpe Etim to walk home with the award. She thanked all those who have contributed to her growth and promised to work harder on her craft.

Her movie, The Meeting also won the award for Best Director (won by Mildred Okwo) and Best Make-up (won by Jennifer Alegieuno).

“In fact, all the women in that Best Actress category have focused on improving their acting skills. That was not an easy category to win,” declared Okwo, who is elated that Rita is getting a lot of accolades for her acting.

The movie, Man On Ground, was adjudged the Best Diaspora movie title, while Obi Emelonye’s Last Flight To Abuja picked the Best Sound Design and Best Set Design awards. The event was hosted by Dakore Egbuson-Akande and Segun Arinze.

Actress Bose Olubo has expanded her Bose Olubo Show, a television programme aimed at inspiring Africans and changes how viewers perceive the continent. The show tackles daily life subjects with its numerous segments.

“Not every African woman has a pile of wood on her head and a baby strapped to her back. We watch Hollywood films as if that is how the whole of America is. In that same vein, we need to start selling the good bits of Nigeria and Africa,” Olubo, who is currently upgrading her studio for better movies, music and radio productions, said.

“My show is a multi-segment variety show that brings truly inspiring real life stories, fresh perspectives of our diverse cultures, tangible information and inspirational experiences of real people from various parts of the country into the homes of Nigerians in a fun filled manner; that is why the upgrading of my studio did take place and I am happy,” she added.

The Bose Olubo Show now shows on MITV, DSTV 225, GOTV 94 and Startimes 120. It is produced by Amazon Bee Communication.

A-list actors, comedians and musicians are currently warming up for the grand opening of Passion World Nite Club, a celebrity rendezvous in Ire-Akari Estate, Isolo, Lagos.

The event, scheduled for 1 November, will start with a red carpet segment where all the celebrities in attendance will sign autographs and take pictures with their fans. 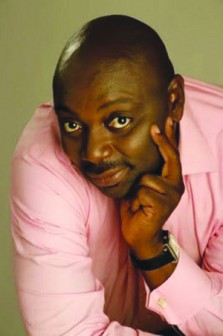 Segun Arinze, former President of the Actors Guild of Nigeria, AGN, confirmed that he and his colleagues have been billed to add spice and glamour to the event.

The grand opening, which will also witness fashion exhibitions, is packaged by Trophies & Class Entertainment.

Ex-Edo Commissioner absolves Obaseki of his arrest in Italy