Oduah In Another Car Scandal 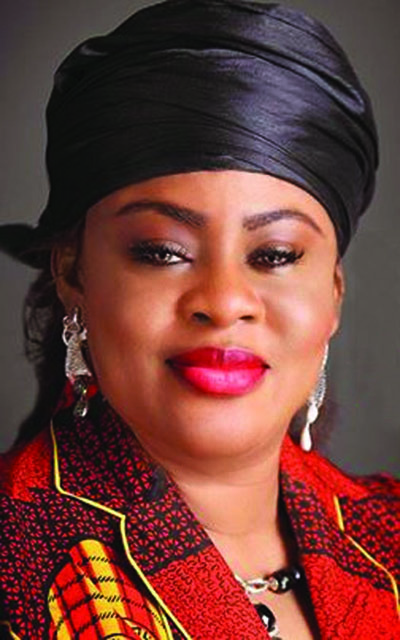 Another car purchase scandal has hit the embattled Minister of aviation, Princess Stella Oduah, less than a week after a report showed with evidence how two BMW bullet-proof cars worth N255 million were purchased for Oduah in August.

The latest report by SaharaReporters, an online news source, alleged that the National Airspace Management Agency, NAMA, an agency under the Ministry of Aviation, also bought four Toyota Tundra vehicles for Oduah at an unspecified amount of money.

The same medium had on 15 October revealed the BMW purchase by the cash-strapped Nigerian Civil Aviation Authority, NCAA.

The revelations triggered outrage and condemnation with many calling on Oduah to resign or be fired by President Goodluck Jonathan for corruption, mismanagement and breach of trust.

The new report alleged that the four vehicles are an addition to four limousines purportedly purchased for the movement of VIPs.

Photographs show the Limousines parked at the headquarters of the Total Radar Coverage of Nigeria, TRACON, in Abuja today.

NAMA in a reaction admitted that the vehicles are parked within its premises in Abuja but said they belong to an unnamed person.

“The cars are parked within our premises but they do not belong to us. They belong to someone who will address the press and unveil his identity soon,” an official at NAMA said, pleading anonymity.

Supo Atobatele, spokesperson at NAMA was not available for comments.

The new report said NAMA’s CEO, Nnamdi Udo, reportedly made the purchase and ‘donation’ of the Tundras to Stella Oduah in June this year while the four Limousines were received in the third week of June but have not been put to use.

Last week after the story of the two over priced BMW cars was published, Oduah’s aides scurried to dismiss it. They later owned up when the evidence was overwhelming.

Joe Obi, spokesperson to Oduah, said the cars were bought because the minister’s life was in danger following her so-called transformation agenda in the aviation industry.

However, following anger and condemnation, the Director General of the Nigeria Civil Aviation Authority, Fola Akinkuotu, claimed the vehicles were meant for VIP movement.

A former lawmaker and leader of Anti-Corruption Network, Dino Melaye, has said it is the duty of the Ministry of Foreign Affairs to transport international VIPs in Nigeria.

The minister has been battling a number of challenges in the aviation sector before the latest corruption-related reports which threaten to tear her reputation apart.

Twelve days before the leak of the BMW car purchase, an Associated Airline plane carrying 20 people and the remains of Olusegun Agagu, former governor of Nigeria’s southwestern state of Ondo, crashed in Lagos, killing 15 people.

The small plane came down only seconds after take-off at the Murtala Muhammed International Airport in Lagos.

The next day, on 4 October, another plane, belonging to Kabo Air and loaded with 512 pilgrims and crew, crash-landed in the northern city of Sokoto, damaging some airport equipment and coming to a stop with burst tyres.

Two days after, Dana Air’s licence was suspended after an air return due to engine failure. Arik Air also had an air return and hovered in the air for about 30 minutes.

Shortly after, an IRS Airline plane loaded with 89 passengers had an emergency landing in Nigeria’s northern city of Kaduna. The passengers disembarked from the runway even as firefighters and other emergency teams surrounded the airport.

These accidents and serious incidents came only 16 months after a Dana Air plane crashed in Lagos on 3 June last year and killed 163 people.

The minister was still under heavy criticisms and lawmakers had already scheduled a public hearing with her to explain why close to 200 people have died in plane crashes since she became minister of aviation on 2 July 2011, when the latest scandals blew open.

When contacted, Joe Obi, the minister spokesperson said there was no ban on the minister to travel out of Nigeria.

Yakubu Dati, spokesperson of the Federal Airports Authority of Nigeria who often spoke for Oduah, said he could not confirm the information since he was in Togo.

“What I can however say is that with Dino Melaye going to protest at the ministry of aviation tomorrow in Abuja, it shows the witch-hunt against Oduah is political. It’s from APC,” he said.