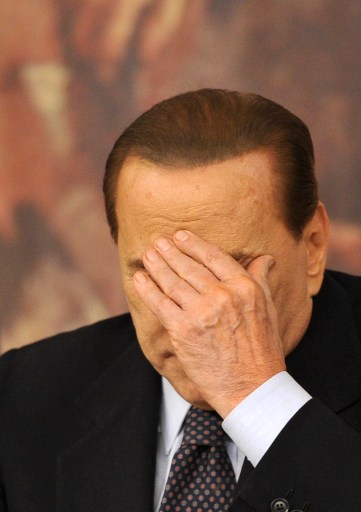 An Italian judge on Wednesday ordered Silvio Berlusconi to stand trial for allegedly bribing a senator to join his party’s ranks, in the latest legal woe for the former prime minister.

Berlusconi was formally charged along with his former associate, Valter Lavitola, who is accused by prosecutors of acting as an intermediary in the 3.0-million euro ($4.0-million) bribe.

The senator, Sergio De Gregorio, himself helped investigators and was granted a 20-month sentence under a plea bargain by the hearing in Naples.

The trial will start on February 11, Italian media reported, citing the judge at the hearing.

Lavitola told the hearing that even if he had handled the money “there is no proof that I could have known that it was money for a bribe, I would have been simply a conduit”.

The case goes back to parliamentary elections in 2006 which were won by a centre-left coalition led by Romano Prodi by just a handful of votes.

A few months later, De Gregorio crossed the aisle and joined the Berlusconi opposition in a move that helped bring down Prodi in 2008.

The next elections were won handily by Berlusconi.

The investigation has been handled by prosecutors in the southern city of Naples since that was De Gregorio’s seat and the trial will also be there.

The scandal-tainted Berlusconi, 77, has often been accused by his opponents of buying votes, but this is the first time he has officially been charged for allegedly corrupting a politician.

The three-time former prime minister was convicted definitively of tax fraud in August in a ruling that could end up ejecting him from a parliamentary seat for the first time since he burst onto the political scene in 1994.

Berlusconi is also appealing convictions for having sex with an underage prostitute and abuse of prime ministerial powers, as well as for leaking a confidential police wiretap in one of his newspapers to damage a political opponent.

The billionaire tycoon regularly protests his innocence and says he is the victim of vindictive left-wing judges who want to eliminate him politically.