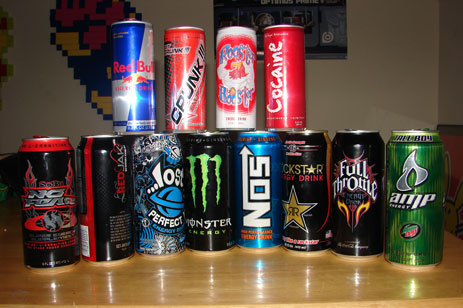 A physician at the Nigerian National Hospital, Abuja, on Friday advised people with hypertension and diabetes to avoid energy drinks because of their caffeine content.

Dr Agnes Eguagie, of the Department of Medicine, gave the advice in an interview with the News Agency of Nigeria (NAN) in Abuja.

“Energy drinks are an attempt by the manufacturer to boost people’s energy alertness by combining the properties of certain compounds that we know that this can actually help.

“They contain caffeine. Caffeine makes people alert, they contain glucose, which is supposed to give you energy, they contain some B vitamins, then some may contain one or two amino acids.


“But the problem with these drugs is that combining all this things together is not actually really helpful.

“They have very high levels of caffeine in them and caffeine in itself has its own problems. Apart from the fact that it makes you alert it actually gives some people nervousness and tremor.

“For patients who are hypertensive, the high level of caffeine will cause the blood vessels to constrict and the blood pressure to shoot up; you can come down with a stoke.

“For those that have hypertension and diabetics, they don’t know, because there is a lot of glucose in it.

“These are not usually advisable, because as I said the high amount of caffeine in it is actually quite detrimental. So, generally, I would not advise patients to take it.“

The doctor said that energy drinks taken in excess could cause heart burn, insomnia, ulcer and would increase the blood pressure.

She, therefore, advised the public, particularly the youth to reduce their intake of energy drinks and avoid mixing it with alcohol, which she said was usually the situation.

“Apart from the fact that caffeine can cause increase in blood pressure if it becomes a habit, it can also give you heart burn; it can give you ulcer.

“It can also increase your heart beat rate and give you tremulousness and insomnia and you wouldn’t be able to sleep well.

“Fine, you are saying it is giving you energy and making you alert but the next effect is that you are going to be so tired and you can’t sleep.

“Your body cannot rest, so, that means it would affect you functioning later.

“Another thing they do is mixing it with alcohol. Alcohol itself has its own effect on the central nervous system.

“Some people say they take it every day; it gives them energy to do their daily activity that is very bad, so I will advise against it.

“Maybe, a young person with no hypertension, no diabetes, can take a can once in a while; fine it might not necessarily do anything to him.“