I Have Spent Over N20m On TIMA 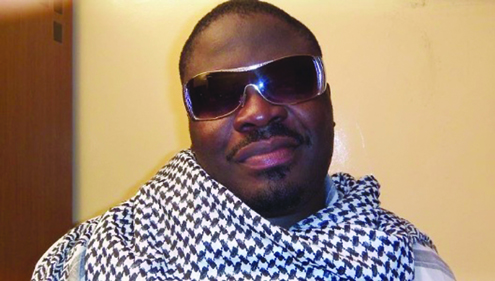 Olumide Bola-Akindele, a film producer and actor, speaks with KAYODE APONMADE on his career, The Indigenous Movie Award (TIMA) and other issues

Q After three years of  consistency, TIMA did not hold last year. What happened?

It was a pity TIMA could not hold last year. It was because some of the people we approached for financial help disappointed us. You know TIMA is not an award that you could hold with two or three million naira. So, last year the power was not with us and there is no harm in us postponing the award till this year.

Is there anything you missed for not holding the award last year?

A lot, because the whole of our movie industry especially, our stars and those behind the camera were highly disappointed. And it is sad that we could not hold the award. I got a lot of calls from many people who wanted to know why the award could not hold, I had to start telling them the reason.

What are the things to look forward to at the award this year?

TIMA will be held at City Mall on 8 December this year. Aside that, TIMA is not a one-day thing; we will have a pre-award night two weeks before the award. After the award proper, there is going to be an award party right at the venue of the award. We are still looking to people for help, because TIMA is just a four years old baby. We still need help from individuals, corporate bodies and government to come to our aid. But thank God we have somebody who has come to assist TIMA. He believes in what TIMA is doing. I also equally want to thank my senior colleagues like Fidelis Duker and Andy Amanechi because I was in my house when they called me that there is this body that is recognising anybody or groups that is doing a festival, so they gave N1 million to everybody organising an  award, and TIMA happened to be among them. So, apart from that, we have not really gotten any assistance from anybody. It has always been self-sponsored project by Olumide Bola-Akindele. I have been spending my money on this project; so far I have spent over N20 million on TIMA.

Since TIMA is an indigenous award, are you planning to host it in another state in the North or East?

Actually, we even had a proposal from one of the states in the north, but for the security situation there, we can’t go. And let me also tell you TIMA is not a Nigerian thing, it is indigenous, which means it can be held anywhere; be it Brazil, Korea, Argentina, Ethiopia, Ghana, Kenya. Let me also tell you that next year, TIMA will hold either in Kenya or Ghana.

Tell us more about yourself

I am an actor, a film director and producer. I have been in this business since 1991, which means I have been in for over 20 years. But we thank God that it is putting food on our tables, though the industry is not where it supposed to be. It is not to our satisfaction because we call ourselves number three in the world but we are not where we have little to show for it. Even Ghana that started after us are now far ahead of us. People like us started with movies like Ibinabo, Dead Alive, Hand of God, and you know these are movies that really made their mark in the industry. I could remember when I sold Ibinabo I made over N5 million, that is when I can say I made my first million. We made money then, but now, I can’t even be proud of making a movie and making a profit of N500,000.

You did not make money on your hit movie, Atopinpin?

I like that question. You see, that movie you are talking about did not fetch me any good money. The only thing that I could say I gained from that film was fame. I could remember when I was in Dubai with many popular artistes; I was recognised. But I am telling you the truth now: that Alawaye (the marketer) has not paid me my money till now. The film was shot in 2009. I also gave him other films like, Lolade, Ayomi and our intention was to be in business together, but at the end of the day, they will like to send you back to your village. That is a story for another day anyway.

Are you saying marketers are part of the problems or are the major problems the industry is having?

That was before, because they sold our birthright to the Alaba marketers –the pirates—but now they are not, because they too are suffering from it. Unlike before, they are not looking good or fine; they are now looking tattered and unkempt. They don t look chubby now, they look haggard; they are now keeping a low profile. Imagine you make a film for N1million naira, and you went to give it to a marketer, and the marketer gave you N700,000 for the film. Can you imagine that? And since you don’t have any other job, and you want your face to still be relevant in the industry, you don’t have a choice than to give it out. But thank God that people like us still have one or two things that still fetch us money. As I am talking to you now, I still have about three movies at Idumota that are yet to be released, and the marketer is not ready to release the movies in the next two or three months. The problem is not Alaba marketers now, because I can’t understand why a movie will be released in the morning and in the afternoon of the same day, you will see it in a four-in-one CD. I don’t want to believe they don’t know anything about this, because those who are printing the pirated works are not from heaven, they are with us here, they know them. They should search themselves. That thing was not dubbed in heaven. They should ask themselves. You can look out for these guys and talk to them. Though Rome was not built in a day, I believe we shall get there.

There was a debate that TIMA is ahead of AMAA in terms of conception?

Yes, I am sure Fidelis Duker will bear me witness. Sunny Macdon Ebere and some other people in the industry will testify to this, they were all aware of it. I have this plan of TIMA since 2000. But it was in 2010 that I decided to do the maiden edition and I must tell you that nobody, I mean nobody, gave me anything for the successful hosting of the award, except Almighty God who stood behind me. And I know how much I spent on that award; I have not even recovered from the financial side of the money I exhausted. But like the Nigerian mentality, I know we will get there. I actually did it and it was a success. Last year, we could not do it, but this year we are on it. We have got corporate sponsors. The award is all about all kinds of language from Africa, Ibo, Hausa, Ibibio, Efik, Ebira, Yoruba, even from outside Nigeria, it is not restricted to Nigerian languages alone.

What are the challenges so far?

As you know in any project or business, or even life itself, finance has always been the main problem. And apart from money, getting response from people is also difficult. Getting people to come and work with you is also a problem.

Why did you come up with TIMA?

This is a question many people have asked me, and I have been telling them that we are not just doing TIMA because other people are doing awards. We want to stand on our own; we want to make a statement of our own. We want to do an award that will be accepted all over the world. TIMA is an award that stands out and we are getting better by the day. Last year, when we did not do the award, we got a lot of nominees, but now, we are ready and with God on our side, we are going to do TIMA. We don’t want TIMA to be biennial award, but annual award and with God on our side it has come to stay.