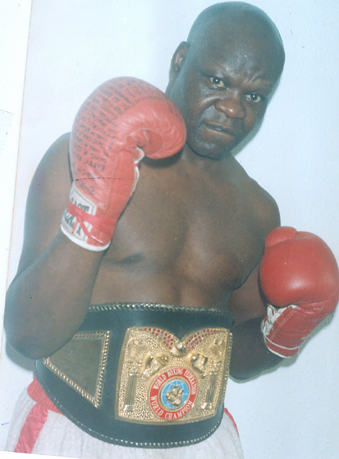 Chief Executive Officer, CEO, of Oba King International Promotions, Otunba Bamidele Akingboye will Saturday leave Nigeria for Canada to meet with the officials of the International Boxing Union, IBU, to tidy up plans for the Guinness Book of World Record fight coming up in Nigeria.

Bash Ali, OON, World Boxing Federation, WBF, Cruiserweight champion is scheduled to fight American, Rick Camlin in a unification bout for the Guinness World Record fight in Abuja.
Otunba Akingboye told P.M.NEWS’Boxing in Focus that he would be in Canada to hold talks with the IBU President, Don “Moose” Lewis on details about the coming fight in Nigeria as well as finalise the payment of the sanctioning fee of $1million to the boxing body, which is a major condition giving to his promotions company to stage the fight in Nigeria.

He also disclosed the details on the boxers’ purse will be discussed with the IBU officials while in Canada. He further revealed that he plans to finalise arrangement on the coming of world boxing icons to Nigeria for the historic fight, which will hold in Abuja.

“I’m planning to see representatives of Iron Mike Tyson, Evander Holyfield and other former champions who we planned to bring to Nigeria to add glamour to Bash Ali’s fight in Nigeria,” he said yesterday.

Meanwhile, the IBU had since 6 September gave Oba King Promotions the power as the sole promoter and consultant/agent to the Guinness World Record Championship Fight, while the Nigeria Boxing Board of Control, NBB of C has also given Oba King Promotions a promoter’s licence to operate in the country.