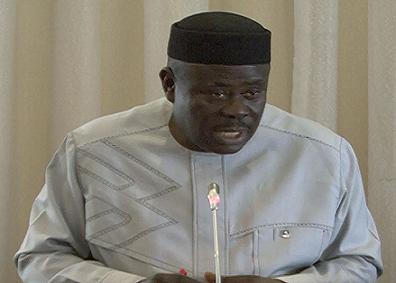 Nigeria’s National Dialogue Advisory Committee has begun its sitting in Calabar with a call on stakeholders to speak out on issues bordering on the proposed national conference.

The Chairman of the committee, Senator Femi Okurounmu, addressed the meeting which comprised of delegates from Akwa Ibom, Cross Rivers and Rivers.

Okurounmu said President Goodluck Jonathan had urged all Nigerians to speak up on issues concerning the proposed national conference.
He said the agenda for the discourse included how large should it be, how many delegates should be allowed and how delegates should be chosen.

He said the agenda for discussion should also include legal framework for the decisions to form part of the constitution, its legal foundation and the duration of the conference.

“Please feel free to tell us your minds. We are here to listen to the people of the South-South in Calabar first before we proceed for the second leg of the exercise in Benin.

“Anybody from the South-South can come to either of these two phases. We will like to hear from you any other issues you want to bare your minds in relation to the conference.

“We do not want anybody to be left out. We want our society to be happier, more egalitarian,’’ he said.

In its presentation, the Cross River government said each ethnic nationality should be represented at the proposed conference by a delegate elected on a zero party basis through an open ballot.

The state’s Deputy Governor, Mr Efiok Cobham, made the presentation on behalf of the state government.

Cobham said the proposed conference should have two alternate chairmen – one from the north and the other from the south – and a secretary, adding that the three should not be members of any political party.

He said the state was also inclined true fiscal federalism and a return to the pre-military era where states were encouraged to leverage on their various areas of comparative advantage to grow their economy.

“Also the relationship between the central government and the sub-governments should be that of coordinate authorities not subjugated to each other.

“In the same vein, the overreaching power of the federal government should be curtailed and be made more accountable to the federating units over the handling and management of the nation’s financial outlay.

The state government also called for the rationalisation of federal agencies to reduce red-tapism and cost of governance at the centre.

He said constitution should be amended in such a way that oil-bearing states be entitled to 50 per cent of the entire proceeds from the exploration and exploitation.

Cobham said that proceeds from oil in maritime zones should be shared equally among the coastal states affected by exploration activities.