The lady in white hat and Jonathan's Jerusalem pilgrimage 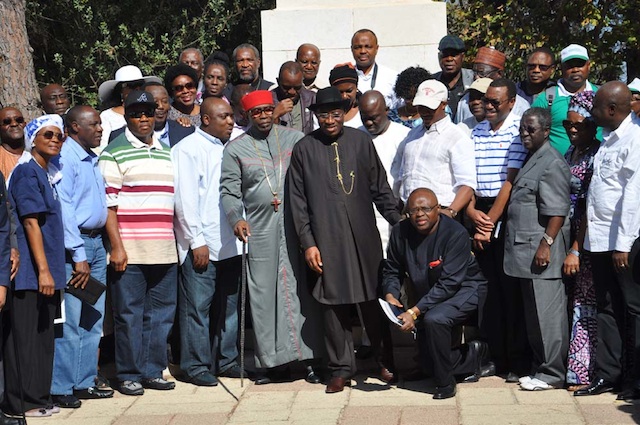 The lady in white hat at the background is Stella Oduah

All Nigerians know that the aviation minister, Princess Stella Oduah is among the ministers, governors, parliamentarians on the entourage of President Goodluck Jonathan to Israel.

But she has been a rarity in the various photgraphs relayed home by the presidency.

We have been trying to solve the riddle about her whereabouts and we can now report that she visited the various religious sites that the President visited, except that she chose to stay far away from the camera.

But she can’t really hide too well.

In the photos below, we make bold to say that Stella is the lady in the white hat, far away from the camera lenses.