UN votes to end US embargo against Cuba 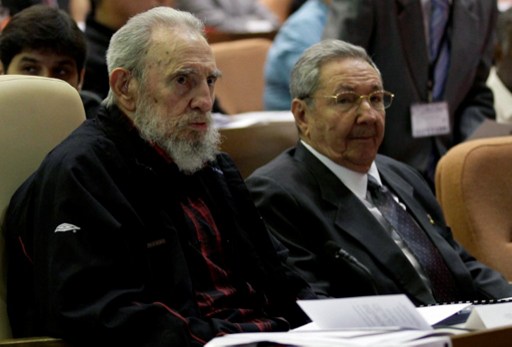 The UN General Assembly on Tuesday overwhelmingly voted for the 22nd time to condemn the US economic embargo against Cuba.

The Cuban Foreign Minister, Bruno Rodriguez, said the more than five-decade-old blockade was barbaric and amounted to genocide.

There were 188 votes for the resolution, entitled “Necessity of Ending the Economic, Commercial and Financial Embargo Imposed by the U.S. of America Against Cuba,’’ in the 193-nation General Assembly.

The only country that joined the US in voting against the resolution was Israel.

In 2012, there was the same number of votes for the resolution, though the tiny pacific island nation of Palau voted with Israel and the US against the resolution.

U.S. President Barack Obama, who said before taking office that he wanted to recast long-hostile U.S.-Cuba relations had been a disappointment to the Cuban government, which hoped he would do more to lift the embargo.

The Cuban foreign minister told the assembly that “the human damages caused by the economic, commercial, and financial blockade imposed by the U.S. are incalculable.It provokes hardships and is a mass, flagrant and systematic violation of human rights.

“The fact that 53 years later, the same policy still prevails is something extraordinary and barbaric.’’

The minister added that the economic damage to Cuba amounted to 1.126 trillion dollars and that the blockade “has been classified as an act of genocide’’ under the Geneva Convention of 1948.

Other countries lined up to slam the US embargo included Ethiopia on behalf of African states, Iran on behalf of the 120-nation Non-Aligned Movement, India, Mexico, China, Ecuador, Russia, Bolivia and Indonesia.

Countries criticising the US blockade spoke of the importance of non-intervention in the affairs of sovereign states, a concept enshrined in the UN charter.

The Cuban foreign minister said “the blockade has been further tightened under President Obama’s administration.’’

Some 30 US and foreign entities were hit with 2.446 billion dollars in fines due to their interaction with Cuba, he added.

However, US envoy Ronald Godard dismissed the resolution, saying that while Washington welcomed some of the recent changes in Cuba, “the country still has one of the most restrictive economic systems in the world.’’

He added that the U.S. would, however, continue to allow aid and monetary remittances to flow into Cuba.

“The US is a deep and abiding friend of the Cuban people,’’ Godard said.

He urged the Cuban government to release Alan Gross, a U.S. contractor serving a 15-year sentence in Cuba for setting up Internet networks which a Cuban judge said was a crime against the state.