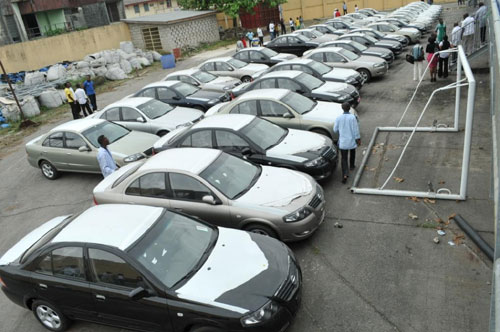 Mr Ibrahim Boyi, the Managing Director, Peugeot Automobile of Nigeria (PAN), has called on the Federal Government to ban importation of cars into the country.

Boyi made the call in an interview with the News Agency of Nigeria in Kaduna on Wednesday.

He urged the Federal Government to fortify the porous borders for the growth of local auto industry.

He said that if the measure was put in place, it would enable the local industry to compete favourably with foreign counterparts in the global market.

“The development of the country’s automobile industry is hinged on proactive measures towards fortifying the porous borders.


“The choice of leaving wide our border will definitely affect the country in the long run to develop its own automobile industry.’’

Bovi commended the Federal Government on the new automotive policy.

“My appeal to the government is to ensure thorough implementations of the new automotive policy which will enable it achieve the aim and objective it was designed for,” he said.

He said that the new management of PAN had reawakened its commercial and technical agreement with Peugeot Automobile France.

He said that PAN was currently working on how to introduce pick-up vans into the Nigerian market.

He said that the Asset Management Corporation of Nigeria (AMCON) now owns over 70 per cent of PAN following the 2012 debt restructuring.

Bovi said this was as a result of the financial challenge faced by the company and the consequence was its inability to run as a business entity.

“AMCON under the government policy of buying over toxic assets, agreed to restructure the debt of PAN to equity and today, AMCON is the biggest single investor in PAN,” he said.

He said that the primary objective of AMCON’s intervention was to ensure that it delivered on the benefits and objectives for which PAN was established.

He noted that the auto industry had great potential to grow the economy.

He said that PAN’s management would do everything within its capacity to restore its past glory.

“Our next plan is to start Semi-Knocked Down (SKD) assembly, we hope that the factory will come to full production before the middle of next year.’’

Bovi expressed the hope that the company would make significant impact in the development of the economy within the next few years.