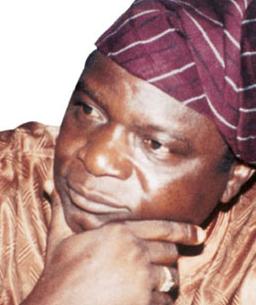 Oyinlola: sacked by the court

The Peoples Democratic Party (PDP) has said it will proceed to the Supreme Court to challenge Wednesday’s Appeal Court’s reinstatement of former Osun governor, Olagunsoye Oyinlola, as its National Secretary.

The Deputy National Publicicty Secretary of the party, Alhaji Abdullahi Jalo, disclosed this to newsmen in Gombe, on Friday.

Jalo said that a legal team of the party was already preparing papers to appeal the judgement, adding that Oyinlola would not be sworn-in.

“Now, we are going to apply for a stay of execution. Oyinlola should not be allowed to even go close to Wadata Plaza, the national secretariat of the party.

“He cannot go there; we are appealing against the decision,” he said.

He, however, added that “we respect what the judiciary has done and it is an act of courage, and whoever is the Judge that did it, he did it within the premise of the law and we have taken it in good faith.

On claims by the Alhaji Kawu Baraje-faction of the party that it has taken over Gombe state, Jalo dismissed it, saying it was contemptuous, because there was a court judgement nullifying the new PDP.

He said the National Publicity Secretary of the faction, Chief Chukwuemeka Eze, who was credited with the claim, was neither in Gombe nor knew Gombe and was therefore not qualified to make statements on the state.

“When somebody makes this kind of statement, even a layman will know that it is contemptuous.

“The law enforcement agencies should have even arrested them because it is a flagrant abuse of court process.

“There is a valid court judgment which has not been appealed against and it is a substantive judgment,” he said.

Jalo also decried claim by former governor of Gombe state, Sen. Danjuma Goje, that, he was the leader of PDP in the state, saying that he (Goje) ought not to have made such statement.

According to him, as an ex-governor, Goje knows that the incumbent governor, Alhaji Ibrahim Dankwambo, is the leader of the party in the state.

He said he would lodge a formal complaint to the party on the conduct of the former governor.