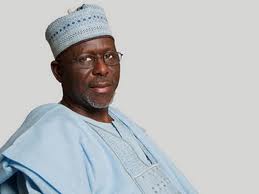 The Elders Forum in the central Nigerian state of Kogi has warned the state Government against ongoing efforts to secure a N20 billion so-called “Development Bond” from a consortium of four Nigerian banks.

In a statement in Abuja following a marathon meeting of stakeholders from every part of the state, the elders said the Governor Idris Wada administration does not have the capacity and integrity to judiciously utilize such fund.

“Ordinarily, if the performance of the present administration were anything to go with identifiable physical infrastructure, some of us would not have raised any concern about the N20 billion bond”, the elders said in their statement which was jointly signed by Sen. Alex Kadiri, Former Acting Governor Clarence Olafemi, Former PDP Chairman John Odawun, AVM Salihu Atawodi (Rtd) and Dr Adinoyi Ojo Onukaba.

“But we are worried that a government with a track record of profligacy, ineptitude and visionlessness, the N20 billion will go down the drain again without noticeable and meaningful development in the state. Kogi State under Wada’s watch has become sadly a failed state”.

The elders challenged the Wada administration to tell the people of the state what it has done with the N3 billion monthly revenue from Federation Account and the over N1.5 billion Naira accruable to the Local Government Councils in the last two years.

“We are talking about a total of N108 billion accruable to the state in two years and there is absolutely nothing to show for it. When you add internally generated revenue, the total accruable revenue will be over N120 billion. What exactly is the relative social and physical infrastructural achievement of the Wada administration? What does it need to borrow N20 billion for? To squander the money again as it has been doing this past two years?”, the elders asked.


“The government has squandered the Flood Relief Money and the flood victims are yet to find succour. SURE-P funds have similarly been frittered away. The claimed successes of the state government are fictions. The few projects Wada claimed to have done are those already commissioned under former Gov. Ibrahim Idris.”

The elders accused the Wada administration of lacking the political, financial and economic know how to manage N20 billion. They accused the government of using state funds to settle judges, court officials, anti corruption agencies, the national leadership of the PDP and some people in the Presidency.

“It is clear to everyone in the state that public resources are being looted and mismanaged on a scale never seen before”.

“The low performance of the 2012/2013 budget despite the increased fund from federation account and an increase of over 300% in IGR within the period raises question about the rationale behind a N20 billion bond”.

“A more disheartening aspect of the entire deal is the intimidation and coercion of the State House of Assembly into approving the bond with a provision that the Accountant-General of the Federation should deduct the money at source from Federal Allocation. “The Kogi State Debt Securities (issuance) law 2013” purportedly originated from the resolution passed by the House of Assembly pursuant to the enabling law authorizing the monthly deduction from the Statutory Allocation for debt service throughout the 7-year tenure of the Bond in the official gazette of the State. The law robbed the Assembly of its control over borrowing and consequently robbed it of its oversight role on such borrowing

“We are therefore constraint to reject in its totality such economic enslavement of the state as evident in this Bond”.

“Also, it is curious that the government will embark on this financial recklessness weeks before the Supreme Court decides on whether Wada is validly nominated, elected and sworn into office as Governor of Kogi State. It will be wise for all parties involved in the seven-year N20 billion bond execution to exercise restraint on such a major issue on the eve of the Supreme Court decision. The rush for the bond is suspicious and questionable and should be put on hold by the Issuing Houses/Book Runners until the final determination of the Supreme Court case against Wada.”

“Therefore, the Bond is questionable just as the intent is also questionable and should be stopped with immediate effect so as to avoid embarrassing litigation by citizens of Kogi State who are strongly opposed to this financial and economic slavery of one of the poorest and most misgoverned states of the Federation.”