Nigerians lag behind the world in phone usage 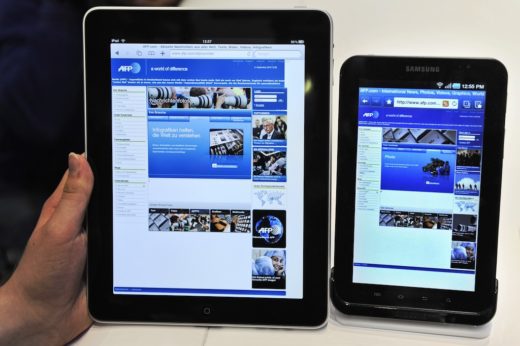 Despite the high growth of telephone subscription in Nigeria, the past 13 years, only one in three Nigerians has access to mobile phone, a new report has said.

In contrast, phone penetration in South Africa is 66 per cent of its population. In Nigeria it is 30 per cent. According to data supplied by the National Communications Commission, there were 153million phone subscribers in Nigeria by July, 2013, with cases of multiple subscriptions.

The global average is nearly one in two users, and four out of five in the European Union.

According to a report by the GSM Association, despite Nigeria’s slowness in spreading mobile phone to more people, Sub-Saharan Africa is set to remain the world’s fastest growing mobile market in the coming years.

According to report released today, the region’s number of unique subscribers stood at 253 million in June this year and is set to hit 346 million by 2017.

“Despite the astonishing progress of the mobile industry in Sub-Saharan Africa (SSA) in recent years, the biggest impact of mobile in Africa is yet to come,” the report said.

“Roughly two thirds of the population are still without a mobile subscription, leaving much room for growth.”

The region’s number of mobile users have grown by 18 percent annually over the past five years but penetration is the lowest in the world at close to 31 percent.

“This highlights the long-term growth potential of the region,” said the GSMA.

But while growth rates are slowing elsewhere, in sub-Saharan Africa this is set to remain at almost twice the global average.

In sub-Saharan Africa, 95 percent of users are on prepaid plans.

“Incremental subscriber growth will come almost entirely from rural and lower income populations, reinforcing the need to further improve the affordability of mobile services and to extend network coverage,” said the GSMA.

The sector’s contribution to GDP is the highest in the world and is set to rise to over eight percent by 2020, said the report.