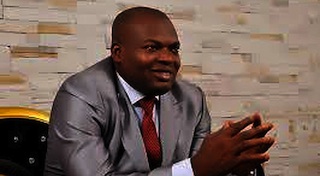 Tony Nwoye, the governorship candidate of the Peoples Democratic Party in Anambra State, eastern Nigeria is still in shock over the sloppy conduct of the election by the Independent National Electoral Commission.

Nwoye said that the election should be cancelled.

He said the Independent National Electoral Commission, INEC, should reschedule the entire election for a later date. Nwoye wants a fresh election that will be supervised by INEC’s chairman, Professor Attahiru Jega himself.

Nwoye told a newsmen in Awka that the election was not acceptable and below par. He noted that it was not free and fair as it was manipulated by INEC in conjunction with security operatives in favour of Willie Obiano, the All Progressives Grand Alliance, APGA, gubernatorial candidate.

“I have been involved in many elections in this country since my secondary schools days and particularly in 1993 Presidential election where Moshood Abiola emerged. I have never seen this type of rigging. I have never seen an election where the military men and police were harassing and intimidating voters, assisting the INEC and APGA agents to chase away the PDP members at the collation centres to write results,” he said.

He added that the people have publicly frowned at INEC’s inconsistencies and injustice. “The people are wounded at different places like Enugu-Otu, Eziagulu-Otu, Aguleri ward one, Oromaetiti Anam, Umueze Anam, Orumba Norh, Orumba South, Aguata, part of Ihiala, Lilu, Uli, Ebenebe Awka North and so many other places.”

Nwoye who could not vote because his name, along with his father’s and uncle’s names, was omitted on the voter’s register said the election was heavily rigged. “They rigged so much that they excluded many people from voting. Josephine Anenih did not vote, myself did not vote, my father didn’t vote, my polling booth that had more than 500 voters not up to 70 persons saw their names in the voters register,” he said.

He added that his supporters were not allowed to vote as well.

“PDP supporters were chased away and prevented from voting. Besides, the result sheets did not come with the electoral materials to many polling booths. At the end of the day, whatever is the outcome of the election is unacceptable to us,” he lamented.

Nwoye said that the election conducted in Obosi today was a fluke explaining that it was wrong to conduct election on a day when the people should be in their churches to worship God.

“Prof Jega and Governor Peter Obi did all they could to crown the APGA candidate, Willie Obiano at all cost, “but we want to let them know that there is tomorrow.”

Senator Chris Ngige, the candidate of the All Progressives Congress, APC has also discredited the election, describing it as a mockery of democracy.

However, Nwoye’s party, The Peoples Democratic Party (PDP) commended the people of Anambra for their peaceful and orderly conduct during Satursay’s governorship election in the state.

The party`s National Publicity Secretary, Mr Olisa Metuh, gave the commendation in a statement issued on Sunday in Abuja.

He also commended President Goodluck Jonathan for providing adequate security and the enabling environment for credible, free and fair election in the state.

The statement expressed satisfaction that in spite of the alleged “massive importation of thugs and plots by the All Progressives Congress (APC)” to introduce violence to disrupt and rig the election, the process was conducted peacefully.

“We commend the entire people of Anambra State and all stakeholders who played key roles in ensuring peaceful and orderly conduct of the process.

“While we now await the official result, we wish to express our satisfaction that the election was conducted without disturbances,’’ it said.

The statement further commended the PDP candidate in the election, Mr Tony Nwoye, for his “resilience, grassroots appeal and credible outing”.

This, it added, brought him to the forefront in the race even though he had only two weeks to campaign.

“The PDP is indeed happy with Comrade Tony Nwoye’s performance so far.

“While we charge all our members to continue to remain calm and focused, we wish to state that our final position on the election will be made known when the overall result is declared by INEC, ‘’ the statement said.