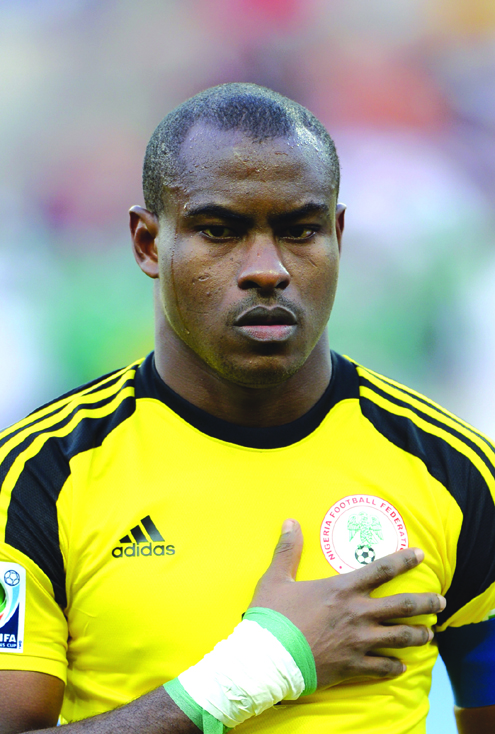 Nigeria’s race to the Brazil 2014 FIFA World Cup, which kicked off 17 months ago, ended Saturday in Calabar, Cross River State with the Eagles beating Ethiopia’s Walya Ibex to be the first African team to pick one of the continent’s five tickets for the World Cup.

Enyeama told P.M.NEWS Sports Sunday morning before the team left Calabar for Lagos en-route London for the international friendly game against Italy that the entire players and coaching crew are glad that they were part of the team that worked assiduously in the qualifying campaign before finally securing the ticket on Saturday at the U.J. Eusene Stadium in Calabar.

“I want to say that this World Cup ticket is a blessing to Nigeria. I’m so glad that I’m part of this history making team that are taking the country to her fifth World Cup appearance.

“The ticket is a blessing because Nigerians irrespective of status, religious and ethnic background, will work together for the success of the country in Brazil next year. The multiplier effects the outing (before and during the World Cup) will have on the businesses and life of the people cannot be quantifiable,” said the Lille of France goalkeeper.

“I’m equally so happy that though the journey and the race were not easy, we came through with victory in which we are all rejoicing. It is indeed a hard way for us and it’s also unique,” he said.

Enyeama thanked Nigerians for their support for the teams and their coaching crew led by Stephen Keshi, adding that they would not have secured the World Cup ticket if Nigerians had not rallied behind them during the qualifying campaign.