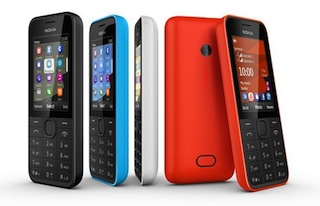 A set of Nokia phones

Finnish telecom company Nokia announced Tuesday that its shareholders had approved the 5.44 billion euro ($7.35 billion) sale of its mobile phone division to US software giant Microsoft.

According to Nokia — which will now become a telecom equipment and services company — the deal was almost unanimously approved (99.7 percent) by shareholders who voted ahead of an extraordinary meeting in Helsinki.

The “yes” vote was expected and analysts have judged the deal as positive for the ailing Finnish firm.

Nokia’s share price has doubled since the plan was announced in early September with Microsoft agreeing to pay 5.44 billion euro ($7.35 billion) for the loss-making company’s mobile phone division.

The sale of the assets, which include the Lumia smartphone trademark and technology, must take place in early 2014.

Once the world leader in mobile phones, Nokia lost its top place to South Korea’s Samsung in 2012.

Although still number two in the overall mobile phone market with a 13.8 percent market share in the third quarter of the year — ahead of US giant Apple (6.7 percent) — Nokia is still far behind Samsung (25.7 percent) and ranks eighth in the fast growing smartphone (internet enabled) market, according to technology consultancy Gartner.

The deal spells the end of the once iconic Nokia branded mobile handsets, which have experienced a spectacular fall in sales since the arrival of Apple’s touchscreen iPhone in 2007.

“For Nokia shareholders it’s a good price because this business is loss making and Nokia was too small to relaunch,” said Eric Beaudet, an analyst at Natixis bank.

“Nokia has good products but that’s not enough. Their problem is their fixed costs are too high, which means they need ten percent of the world smartphone market to be profitable. At the moment they have less than half that.”

The company’s acting chief executive Risto Siilasmaa, said the decision was an emotional one but unavoidable.

“We are anyway convinced that having continued with the old strategy would in all likelihood have led to big difficulties for Nokia, its shareholders and employees,” he told AFP.

Tuesday was also an opportunity for shareholders to discuss the string of failures that brought the Finnish group to its knees.

It’s a long story, as detailed in former CEO Jorma Ollila’s autobiography, which was published in October.

According to Olilla, Nokia was positioned well on the smartphone market at the time of the technology’s infancy in 2004 and 2005, but when it took off in 2007-2008, the company’s products were not up to par.

In 2011, a general manager headhunted from Microsoft, Stephen Elop, chose to partner with the American group, embracing its Windows operating system.

The move did not pay off. Nokia’s profits fell precipitously under Elop, who resigned on the same day in September that the sale to Microsoft was announced.

Microsoft will be left with the challenge of making the Lumia smartphone profitable but with $80 billion (59 billion euros) in reserves to fall back on it has some scope to invest.