Nigerian jailed for rape in UK 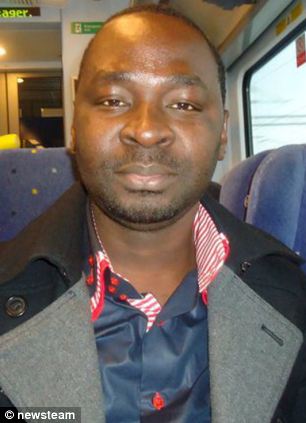 A Nigerian, living illegally in the United Kingdom and who was twice spared deportation has been convicted and sentenced for rape.

According to Mail Online, Idreez Popoola, 34, will finally be sent back to Nigeria when he is released from a seven-year jail term imposed after the attack on his victim’s home.

A court heard that Popoola came to the UK on a 12-month visa in 2005, but when it expired he was given permission to remain on a temporary basis.

But when Popoola was arrested by Northamptonshire Police in December 2011 over an allegation of assault he was found to be an ‘overstayer’ – an immigrant who had not left the country by an agreed date.

Although no charges followed the alleged assault, Popoola – by now married with a child – was told he would be deported.

However, he successfully appealed the ruling, arguing that the Human Rights Act provided him with the right to a family life.

Northampton Crown Court heard that Popoola, who worked as a nightclub bouncer, was granted temporary leave to remain in the UK again in January last year, after his family circumstances were taken into account.

But 11 months later he went on to brutally rape a woman in her own home.

The court heard Popoola met his victim while working as an agency-employed bouncer outside Bar So in Northampton town centre.

Popoola, who sold mobile phone top-up cards in Nigeria before moving to the UK, is thought to have lived in Oxford before settling in Thornton Heath, South London, where he trained as a bouncer and gained work with an agency which supplied a Northampton nightclub.

Gordon Aspden, prosecuting, said Popoola met his victim at a McDonald’s restaurant in the town. After going back to her home he attacked her, then forced her to drive him to a train station.

Popoola was sentenced to seven years after being found guilty of rape following a four-day trial.

Judge Lynn Tayton told him: ‘It was a serious aggravating factor that the rape took place in the victim’s own home, as this was an abuse of the trust placed in you by the victim and has undermined her feelings of safety in her own space.’