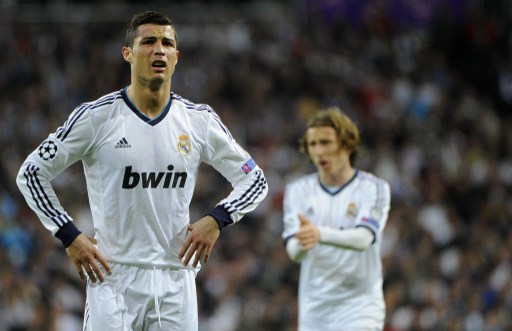 Cristiano Ronaldo was forced off with an injury six minutes into the second-half of Real Madrid’s La Liga encounter away to Almeria on Saturday with the visitors leading 1-0.

The Portuguese had opened the scoring inside three minutes to register his 32nd goal of the season for club and country.

However, he appeared to roll his ankle before the break and was eventually replaced by Jese Rodriguez after pulling up when attempting a cross shortly after the restart.

Ronaldo’s scintillating form of late has made him the favourite to lift his second Ballon d’Or in January.

And after scoring a hat-trick against Sweden to book Portugal’s place in the next year’s World Cup earlier in the week, he admitted to arguably being in the best form of his career to date.

Madrid won the game with Almeria 5-0, with the four goals coming from Karim Benzema, Gareth Bale, Isco and Alvaro Morata.