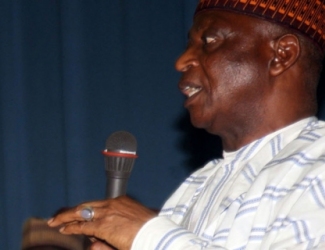 The Abubakar Baraje-led splinter group of Nigeria’s ruling PDP has appealed to elders in the party to intercede in its current crisis to rescue it from imminent doom.

The group made the appeal in a statement issued by its National Publicity Secretary, Mr Chukwuemeka Eze, on Monday in Abuja.

“After a careful review of developments in our troubled party, PDP, the new PDP wishes to make a passionate appeal to PDP elders to take urgent steps to rescue the party from imminent doom. We are forced to cry out because of the unbelievable silence of our revered party elders in the face of the chain of developments.

“PDP’s current challenge was instigated by its National Chairman, Alhaji Bamanga Tukur, who had put the party at the edge of the precipice,’’ the statement alleged.

The statement said that their suspension from the party by its national leadership was illegal.

It also frowned at the call on Oyinlola and others to appear before the Umaru Dikko-led Disciplinary Committee on 27 November, which it said was illegally constituted.

The meeting of the group with President Goodluck Jonathan which was supposed to hold on 24 November was put off to later in the week.

The statement wondered why the party’s founding fathers who risked their lives during the military regime to ensure its formation had remained mute over its current challenges.

“Why are they maintaining grave and grievous silence and allowing this great institution to be reduced as an opposition political party in their life time.

“We weep for our dear party that has become a laughing stock in the comity of nations. What an unspeakable tragedy’’, the statement said.

“We, therefore, call on our revered party elders and other well-meaning Nigerians to rise with one voice and one purpose to put a stop to all forms of impunity and injustice’’, it said.

It further added that the battle to salvage the party should not be left to the splinter group alone.

The group staged a walk out at the party’s special national convention on 31 August.

Others are: Aliyu Wamakko of Sokoto; Chibuike Amaechi of Rivers, Musa Kwankwaso of Kano and Murtala Nyako of Adamawa states. Also in the group are: former Govs. Danjuma Goje of Gombe; Bukola Saraki of Kwara, Adamu Aliero of Kebbi, Olagunsoye Oyinlola and Abdullahi Adamu of Nasarawa.