Amaechi: Why I Joined The APC 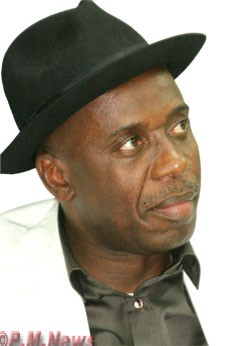 Rivers State Governor and Chairman of Nigeria Governors’ Forum,  Chibuike Rotimi Amaechi has said that he joined the All Progressives Congress (APC) with the overall interest to protect Rivers people.

He also said part of the decision to join the APC was because the issues raised by G7 governors were not resolved by President Goodluck Jonathan and the PDP.

Amaechi spoke with journalists at the Port Harcourt International Airport shortly on arrival from Abuja, Tuesday

He said: “Yes, we have joined APC after the meeting we had with Buhari, Tinubu and the interim Chairman of APC.”

“I think that what has happened is that what was then new PDP decided that it’s important that we move into APC and position ourselves for the next election”.

“Rivers State must know that for me to have taken that decision, I had looked at the general interests of Rivers people. I was not elected to lead Nigeria, I was elected to lead Rivers State and I had looked at the interests of Rivers people and have seen that these interests were not protected in PDP. I have seen the fact that we are losing our oil wells in Etche, in the Kalabari areas and that the more they continue to pilfer these oil wells, the more we will continue to lose our wealth”, he said.

Despite his defection to the APC, Amaechi said he still holds President Jonathan in high esteem and has no personal quarrel with him.

“The President and I have no personal quarrel, it’s important we put that in perspective. All the issues were issues that affect Rivers people, were issues that affect Nigerians and I am a Nigerian, I have to address those issues…he is my President and I respect him. I respect his office, respect him as a person, respect the fact that he’s older but then as elected governor of Rivers State, I have the responsibility to lead Rivers State”.

‘If you look at what is going on, the federal government is not able to fund the states anymore. They say oil theft but oil theft is not enough reason for which we cannot fund ourselves.”

He drew the attention to the Port Harcourt International Airport, which the Federal Government has long abandoned because of its inability to fund the project.