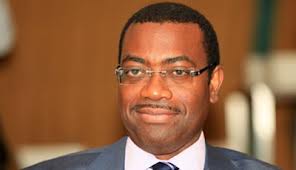 Dr. Akinwumi Adesina, Nigeria’s Minister for Agriculture has been named Forbes African Person of the Year. He was bestowed the award because of his remarkable reforms in Nigeria’s agriculture sector.

He was described as a passionate defender of African farmers, relentless in unlocking opportunities for farmers and changing Africa’s narrative on agriculture to wealth creation, away from poverty reduction.

Adesina said he was happy to be honoured by Forbes. “I am truly honoured and humbled by this prestigious award, which I dedicate to Africa’s farmers and the new cadre of young business entrepreneurs who have discovered the hidden gem for sustainable wealth creation on our continent – Agriculture,” he said.

Adesina’s impact in the agriculture sector within two years in office turned agriculture away from being a development program into a business activity generating wealth for millions of farmers.

The minister had stressed that Africa, with its huge potential, could not be ‘a museum of poverty.’

“My passion is using agricultural business and finance innovations to turn Nigerian and African farmers and agribusinesses into millionaires and billionaires. Nigeria must become a global powerhouse in agriculture,” he stated.

His Growth Enhancement Support Scheme (GES) ended four decades of corruption in the fertilizer sector, eliminating the middlemen and scaling up food production by nine million metric tonnes in the first year -almost half of the 2015 production target.

To enhance the process, he introduced Electronic Wallet System which allows small holder farmers to receive electronic vouchers for subsidized seeds and fertilizers directly on their mobile phones and enable them to pay for farm inputs from private sector agricultural input dealers.

The system has reached over 6 million farmers and enhanced food security for 30 million persons in rural farm households.

Electronic Wallet System initiative have been lauded in many quarters with several countries from Africa, Brazil, India and China now expressing interest in emulating the electronic wallet system.

In recognition of Nigeria’s reforms and progress, global and domestic investors have signed over $4 billion of executed letters of investments to boost Nigeria’s agriculture.

The World Bank, African Development Bank and other global development finance institutions have put up over USD 2 billion in support of his bold initiatives.

“Adesina has totally revolutionized agriculture into a business, and banks and private investors are all moving to the agriculture sector. He has made agriculture very exciting, turning it into Nigeria’s new oil” said Tony Elumelu, Chairman of Heirs Holdings.

Often referred to as ‘Africa’s leading development entrepreneur’, he was appointed by the UN Secretary General Ban Ki Moon as one of the 17 global leaders, along with Bill Gates, to help the world to achieve the Millennium Goals.

Sharing his vision for a food secured continent, Adesina said he dreams of a future where Africa’s vast savannas are revived with crops, where large commercial and smallholder farmers co-exist and both prosper. Where rail, road and port systems are improved.

The minister for Agriculture attributed the huge achievements his ministry has made to the immense support of Nigeria’s President, Dr. Goodluck Jonathan.