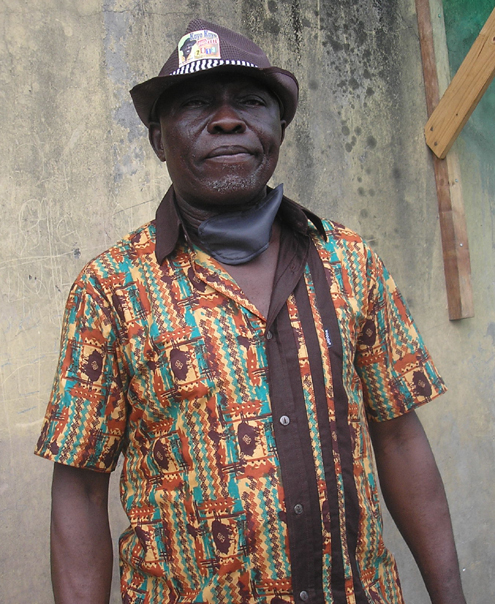 LGA Chairman of the party, Otunba Dengel Anifowose, who is also the chairman of the Conference of LGA's chairnan APC Lagos State.

The All Progressives Congress, APC, in Bariga Lagos State was thrown into mourning on Monday when one of its own, Pastor Abiodun Adeboyejo, popularly known as JP, was found dead in his Akinramola Street office, Bariga, Lagos State, western Nigeria.

Until his demise, he was the party’s Financial Secretary in that area. Some residents who spoke to P.M.NEWS at the scene of his mysterious death said he was hail and hearty on Saturday evening when he exchanged pleasantries with friends in the vicinity.

According to a son of Adeboyejo’s landlord, no one knew that the deceased was dead. His office was locked and nobody suspected anything until a foul smell filled the air around the part of the building he used as office. “We did not know he was dead inside his office until he started smelling. At first, we felt a rat had died there and we tried to call his line to inform him of the stench coming his office, all to no avail. It became clear that something was amiss when one of his wives came around to announce that their husband didn’t come home,” he explained.

“At that juncture, we called the police who eventually came to force the door open; and we found him dead on the floor,” he said.

Describing the deceased, the LGA chairman of the party who is also the Chairman of the conference of LGA Chairmen of APC, Lagos State, Otunba Dengel Anifowoshe, said the late financial secretary was pragmatic, disciplined  and dedicated. He referred to his sudden death as a shock and a blow to the party and people of Bariga. Otunba Dengel later organised for the evacuation of the corpse by an ambulance.

Commenting on his death, the chairman of ERCAAN, Prince Taiwo Okeowo, described the late Pastor Adeboyejo as a man who was committed to the progress of the association, stressing that the news of his death was unbelievable and shocking.

The late Adeboyejo left two wives and children behind.