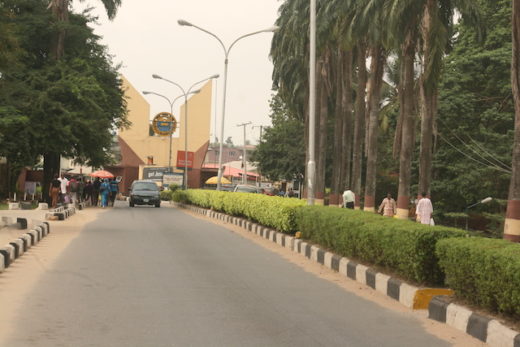 Lagos State University (LASU) branch of ASUU, on Tuesday said its members would not resume duty unless so directed by its national chapter. The Chairman of the branch, Dr Idris Adekunle, announced this at a news conference in Lagos on Tuesday.

Adekunle said the LASU branch of ASUU had resolved to continue with the indefinite strike.He said that members had also resolved not to sign any register if the university’s management decided to open any.

“The Congress unanimously resolves that if for any reason the management opens any register, no member of ASUU shall sign such. ASUU, particularly LASU chapter, is as solid as ever and will not be moved by any threat. We are not having serious problems with the management because we have been educating them on the developments’’, he said.

On the reopening of some universities, the chairman said it was “mere propaganda“ as they were not closed in the first instance.

The ASUU chairman said although the lecturers had not been paid for months, they were joyfully going on with the strike because it was a community service in the interest of the nation.

Adekunle said that the threat by the government to sack lecturers “was an empty one, as the philosophy of ASUU is “Sack one, sack all and an injury to one is an injury to all.“

According to him, although the directive by the Federal Government is to federal universities, state universities are in support of their members in the federal institutions and are not backing out.

“Our rank and file do not discriminate between state and federal universities because we are one’’, he said.

He urged the State Government to reduce school fees and make the institution affordable for the common man.

Meanwhile, two students who were seen on the campus said they were there to do other things and there was no circular on when the school would resume.

The Acting Director, Information, Press and Public Relations Unit of LASU, Dr Sola Fosudo, had told NAN on Monday that the management would have to meet to decide on the issue.

“The decision of the management would be relayed to the public as soon as the meeting is held’’, he had said.

At the University of Lagos, there was no sign of lecturers ready to resume work.

Apart from a few fresh students who were carrying out their registration, there was no trace of academic activities.

Most of the lecturers’ offices and the lecture theatres were locked .

There were no registers for the lecturers to sign on the campus.

Dr Olubunmi Ajibade, Senior Lecturer, Mass Communication Department, said that there would be no academic activities come Dec. 4, in the institution.

He said that the lecturers could not be forced into carrying out services against their wishes, going by the federal government’s directive.

“As far as lecturers in Unilag are concerned, the strike continues until government does the needful’’, he said.

Dr Samuel Ugo, of the Political Science Department of the institution, said lecturers would work with the directive issued by the National Executive Committee of ASUU.

Ugo noted that the universities had been open all through the strike but that the lecturers had withdrawn their services.

He said that it was a misconception for people to say that the universities were closed.

“Students have been directed by NEC to also steer away from classes’’, Ugo said.

The Federal Government had directed Vice Chancellors to reopen federal universities and that those who did no resume by Dec. 4, automatically ceased to be employees of the institutions.

The deadline had now been shifted to December 9.

ASUU has, however, vowed to continue with its five month old strike.