Between Oduah And Bako 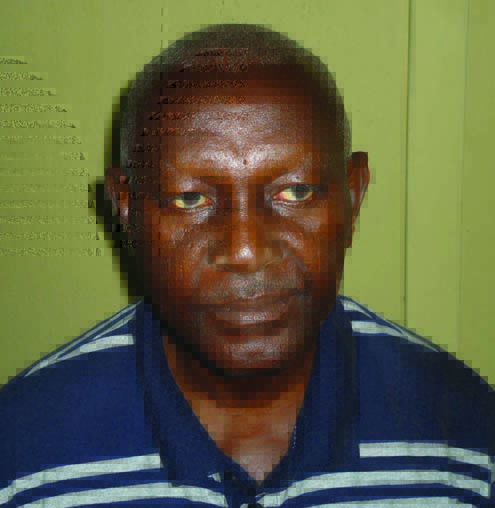 The Nigerian elite seem obsessed with cars. However exotic or expensive, within a week of its introduction to the market, the car is already on our decrepit roads. That culture ensures we have garages infested with top-end autos. While the Federal Government keeps harping on a confused policy of encouraging local production of vehicles, its effort seems directed at discouraging the middle- and low-income earners from aspiring to own personal cars. In any other country, such policy that harps on building a local automotive industry would be considered laudable. But in Nigeria, it is viewed with utmost suspicion. Understandably so.

It is borne out of concrete evidence of wanton abuse of opportunities the country has had to lay a solid foundation for a viable automotive industry. As far back as the 1980s, Mercedes Benz trucks were being assembled in the country by Anambra Motor Company. So also were Volkswagen and Peugeot cars. Though those companies started off by importing completely knocked down, CKD, parts which were then assembled in Nigeria, at least it was a starting point which could have progressed into a sturdy industry. That was how a country like Brazil, which was Nigeria’s contemporary in the developing world but has since outdistanced her, started out with Mercedes Benz luxury bus of the Marco Polo brand, which is now solely manufactured in that country.

In Nigeria’s case, however, greed, thinly disguised, if at all, rules. The crude logic of the ruling elite seems to be if there is a thriving local automotive industry how would kickbacks accrue to them? Forget any excuse given by the FG for the collapse of start-ups like Volkswagen of Nigeria, VoN, and Peugeot Automobile Nigeria, PAN. Government’s excessive interference, with a view to maximising what its agents could squeeze out of the companies saw them eventually asphyxiated. Above all, they must have reasoned, isn’t it more expedient to import vehicles, on which a steady percentage as kickback is placed on each unit? That has been the trend. Is it any wonder, then, that over the past decade, controversy over purchase of vehicles for the elite has been a recurring theme in Nigeria? And the circumstances have ranged from the sublime to the absurd.

Take the case of vehicles purchased for the 2003 All Africa Games held in Abuja. All arguments on the need to protect the country’s investment in PAN fell on deaf ears. The deal eventually went to BMW, through its agents in Nigeria. During Otunba Gbenga Daniel’s governorship in Ogun State, there were also rumbles of improprieties concerning vehicle purchase. Though unproven, the interest generated was emblematic of the elite’s penchant for exotic cars. The scenario was replicated in the Federal House of Representatives during the speakership of Dimeji Bankole, when different prices were being bandied for the same car. Eventually Bankole and his team were cleared but Nigerians have hardly forgotten. Even the justices of the Supreme Court are not immune to the luxury-car bug. At least they are yet to deny a blunt accusation of cars offered them to tilt a judgment; a charge made by a lawyer on the floor of the apex court itself. The latest has been the controversy generated by the purchase of bullet-proof cars by the Nigerian Civil Aviation Authority, ostensibly for the Aviation Minister, Princess Stella Oduah. In this instance a dangerous angle was introduced: ethnicity.

All this makes Nigerians yearn for the Yakubu Gowon era. What constituted the greatest embarrassment then, as far as cars were concerned, was what was known as the Audu Bako Mercedes episode.

Bako was a police commissioner, who was appointed governor of Kano State upon its creation in 1967. Though he is now renown for building most of modern Kano’s landmark structures and respected for his moral integrity, his faux pas in 1974 provided good copy for journalists. It went like this:

Having arrived Lagos late for a scheduled meeting of the Supreme Military Council, SMC, the Mercedez Benz cars stationed at the Ikeja Airport, as was customary for officers of his ilk, had all departed to Dodan Barracks, the seat of power. A Peugeot 504 was thus hurriedly corralled for him. But he would hear nothing of it. All entreaties to him to manage the 504 fell on deaf ears. The situation was to degenerate into absurdity when he saw a black Mercedes Benz car with Kano number plate. Pointing to the vehicle, the governor asked haughtily: “Is that not a Mercedes?” In a jiffy the state’s protocol officers sorrounded the vehicle with an intent to commandeer it. But they were in for a shock. The owner, who was being chaffeured, was a lawyer and he bluntly refused to bail the hapless Bako out. He said he would gladly have offered Bako use of the car had he made a polite request.

It is a credit to Bako’s resoluteness that he remained at the airport for close to one hour before a Mercedes Benz was eventually procured to convey him to Dodan Barracks. The Evening Times of that day posted a big photograph of the smiling Bako in the ‘owner’s corner’ of the car, with the caption: “Audu Bako Gets His Mercedes Benz…At Last.”

Life was much simpler then.