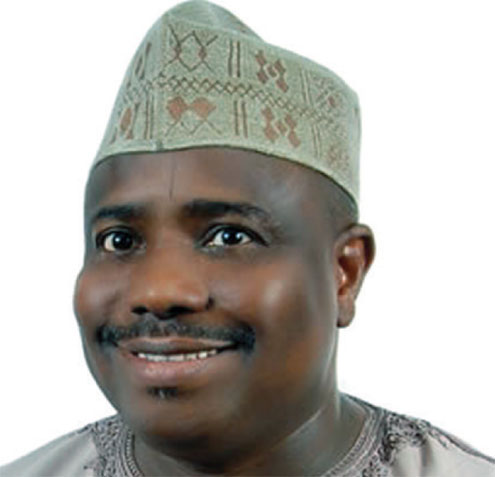 “The President’s body language’ seems to be encouraging corrupt practices in the country,” the speaker who was the guest speaker at the 2013 International anti-corruption day organised by the Nigerian Bar Association, NBA, in Abuja said.

The Speaker cited the subsidy probe, the pension, the Securities and Exch,ge Commission probe and two the bullet proof BMW car cases involving Stella Oduah, the Minister of Aviation as example of instances when the executive arm of government and the EFCC have refused to act even when clear cut cases of corruption have been established.

“In some cases, you have the government setting up new committees to duplicate the job already done by the parliament. Take the bullet proof cars case, the NSA, with all the security challenges confronting the country, should not be burdened with a job that can best be handled by the anti-corruption agencies,” said Tambuwal

According to him, government has no business setting up any administrative committee in a corruption case that is clear to all Nigerians, in obvious reference to the committee set up by the President to probe the N255 million car scandal involving the Minister of Aviation, Stella Oduah.

“What the President should have done was to explicitly direct the EFCC to probe the matter. With such directives coming from the President, I am sure we still have good people in EFCC who can do a good job,” he said.

The Speaker especially decried the usual resort of the presidency to the setting up of committees to probe corrupt allegations involving highly placed public officers.

“By the action of setting up different committees for straightforward cases, the president’s body language doesn’t tend to support the fight against corruption,” said Tambuwal.

He also the Federal Executive Council, FEC, should not be used as a forum for approving and clearing contracts.

“When I raised this issue earlier, some people started attacking my personality, accusing me of confronting the office of the President. However, I still maintain that the provision of the law which requires the Bureau of Public Procurement, BPP, to set up a council should be respected. The process of award or review of contracts should not be a one man affair. We know that Mr Eze cannot do it alone.

“On our part, we have the desire to support the anti-corruption agencies in terms of funding, but then, our friends from the other side of government always feel that immediately they bring their budget we should quickly rubber stamp it for them to go. Yet they do not implement the budget even when it is passed. They have not even met up to 40/59% implementation till this December.

“Fight against corruption should be personalised by every Nigerian. All of us, individually and collectively have a role to play.

“It is my opinion that it is indeed needless for the Executive to constitute probe committees to look into allegations of corruption, especially in the public sector,” said Tambuwal.

The Speaker said it is ironic that EFCC never accounted for huge sums of money it received from donor agencies.

“ I am happy that EFCC is here because they are also corrupt. Let us start by asking them what happens to grants they receive from donor agencies which are neither budgeted nor accounted for? That is corruption.

The Speaker also accused the anti graft agency of always looking the other way when government officials are indicted for corruption.

“EFCC said it has started implementing the report on probe of the fuel subsidy regime. Let me say it here today that what EFCC said it is implementing is not the House report which exposed the enormous fraud in the system, but the one by Mr. Aigboje Aig-Imoukhuede. We have done our job, go and do yours.

“What has happened to all the exposed corruption cases? The Pension Scam, recent and obvious fraud in the Aviation sector, that of the Security and Exchange Commission, SEC, where trillions of Naira from private investors were suspected to have been mismanaged.

“When we commenced investigation into the matter, what became of paramount importance to the EFCC was allegation that one of our members collected money as estacode to travel but failed to do so.

“Our members were immediately rushed to court for prosecution, meanwhile, the top government officer that was found culpable in the main fraud for which the National Assembly called for public hearing, nothing has happened to her till date.

“Coming to what happened in the Aviation industry recently, do we need an angel to report to EFCC that something happened there? No we don’t! We all belong to this country so people should stop taking us for granted.

“I cannot hear or read anywhere that she was invited by the EFCC or that any member of SEC was even invited. We at the National Assembly, for the sake of probity and accountability, agreed that budgetary allocation to the Commission should be suspended, only for us to hear that the Executive found a leeway of funding the agency. We are currently investigating that.

“This is why we have asked the House Committee of EFCC to look into some of these issues and report back to the House,” Tambuwal added.

.PLease read an excerpt of the speech here:Jonathan Encourages Corruption In Nigeria